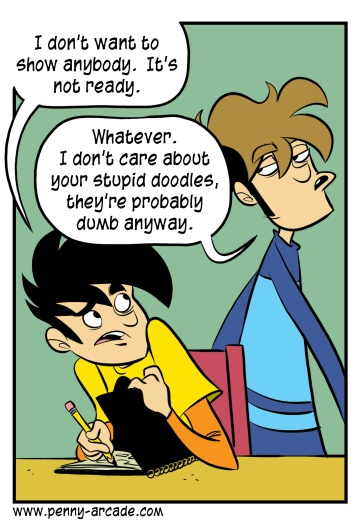 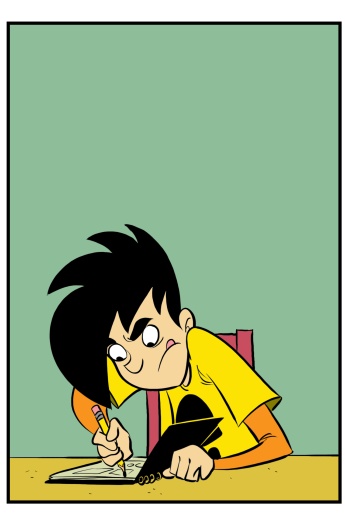 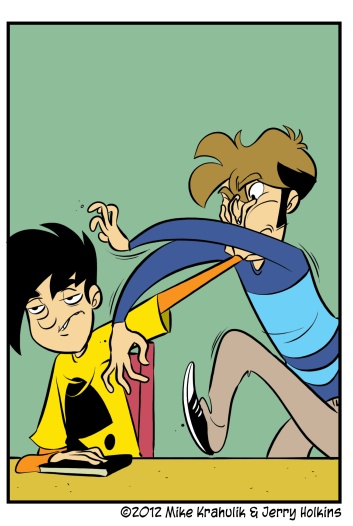 Doing things "together" is more or less our thing, here, Gabriel and I. Now, I had to horn in at the very beginning, but that's only because I could see very plainly that uploading jpegs to the Internet was a compelling, unassailable business model.

I did not actually see that. But we rarely branch out individually, because most of our "urges" can be satisfied within the bonds of our bizarre matrimony. He does the occasional piece, I write the occasional song, or videogame or whatever, but ultimately each day has a set amount of hours. I think I could accomplish a lot in a universe with altered constraints.

We don't have secrets in the traditional sense, things the other person might want or need to know but must be withheld for some reason, so when he started walking around with a literal book of secrets it was completely alien. I didn't know how to contextualize it, so I didn't. It was around this time that he made it very clear that it was full of secrets, speaking loudly about it to Kara on the phone, which spurred an ancient modus of seeking and acquisition deep within my animal self. I hadn't been aware that it was a specific policy of exclusion! Now I was striking him with PVC rods on his bare feet. He takes the book with him to the bathroom, now. I grabbed it once, but he still remembers enough T'ai chi ch'uan to grip and seize.

When I was in the shower this morning trying to scour off a lifetime of regret, I was thinking about the Console War - you know, like you do. I play so much on the computer now that I come back to the Xbox specifically at the request of a friend, as opposed to any particular gravity-of-platform. I like Transformers for example, specifically I like seeing my friends turn into airplanes, and it's vastly improved with a regular group so that's something I can do. The rumbles about Microsoft's Durango or Sony's purchase of game streaming spigot Gaikai herald the next next gen, another gen altogether, and I already know what those games will look like because I'm playing them now. Sleeping Dogs looks gross on consoles, like gross.

The graphics aren't the thing, though - it's everything else. I don't want another console if it means I get the same retail assumptions and the same petty tyrannies. They can be places where things happen, where the software available reflects today's actual game industry - living software, product as dialogue - or they can groom their little fiefdoms. That's not an "upgrade" I find compelling. They need to be singing a different song. 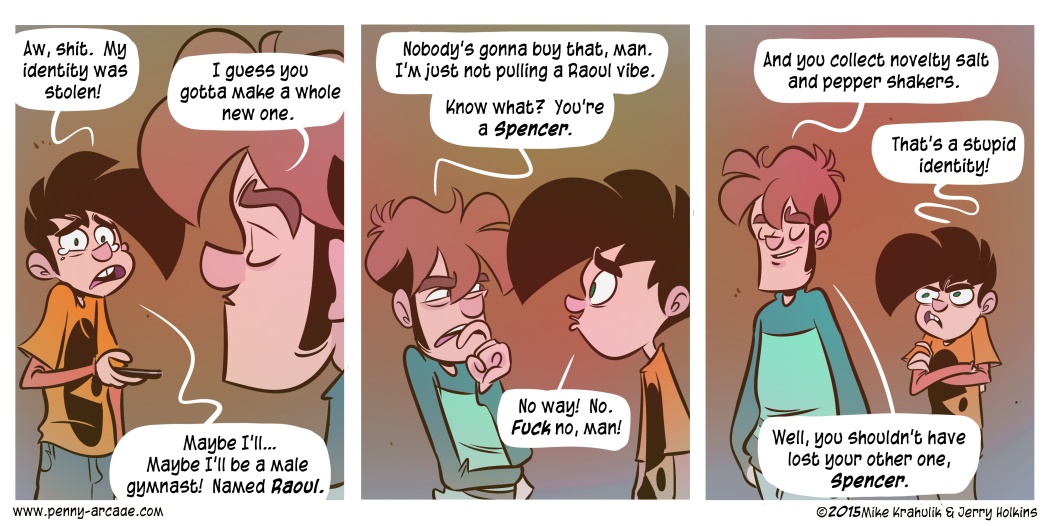