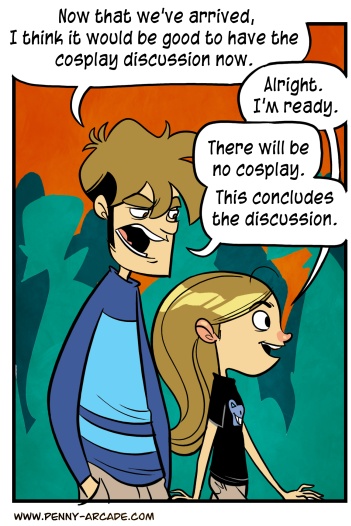 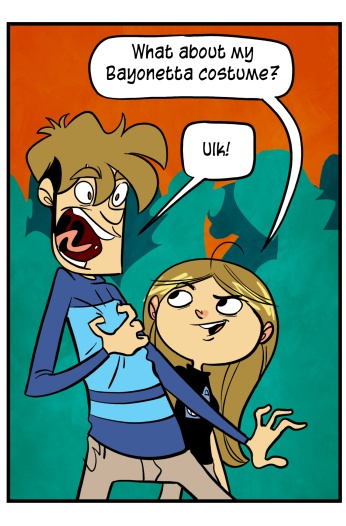 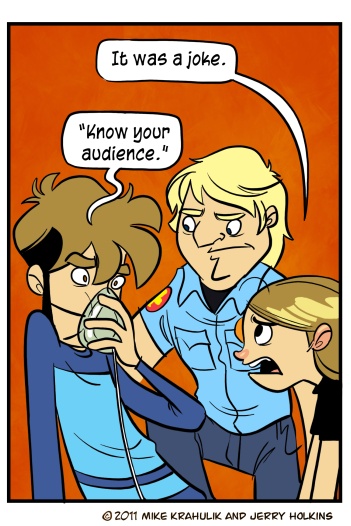 Opinions may differ; in fact, that's kind of their thing. But Ann’s effortless aura transforms the strip into something else, and the people in the strip into other people altogether. Imagine Tycho Brahe, craven psyops malefactor, as bulwark against the world and you’ve got it. People sometimes wonder if we ever get tired of making the same strip, and don’t we want to do X, where X equals absolutely anything else. But we have so many knobs, and levers, and ways to change the gravity, that it’s very difficult to get bored with it because it is not discrete.

Oh, and as regards the strip, don’t worry: there’s a reason this series is called Annservice. I can’t tell her what to wear any more than I can implant a transmitter beneath the dermis.

There’s simply a weirdo contingent at these things. Right?  You aren't a weirdo for attending, but you can be a weirdo and attend.  That’s not especially revelatory, is it? I mean, I’m a weirdo, and when I see some of the people, I’m sorta like “Reel it in.” I don’t like being looked at, I feel like the human gaze has a tangible quality, something you can palp, so the idea of dressing up and being photographed as an explicitly recreational act is beyond my conception. That’s independent of what a gross person wants with those pictures. Brenna and I were getting passport photos once, and instead of throwing away the extra copies, Passport Photo Man threw mine away and kept hers.

“Is that in case we need an extra?” I asked. He didn’t answer; just gave me a look, and in this look I could see a hundred mannequins in various states of disrepair, each of them with a tiny picture for a face.

that’s what i mean