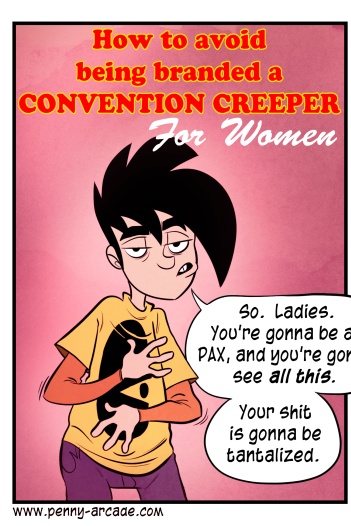 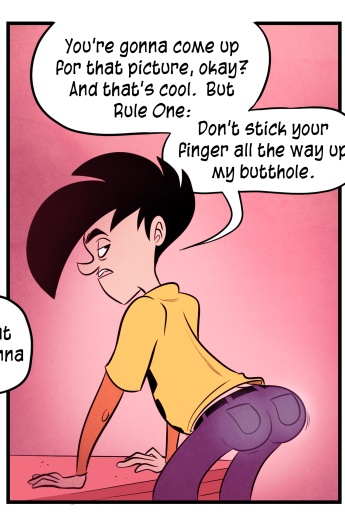 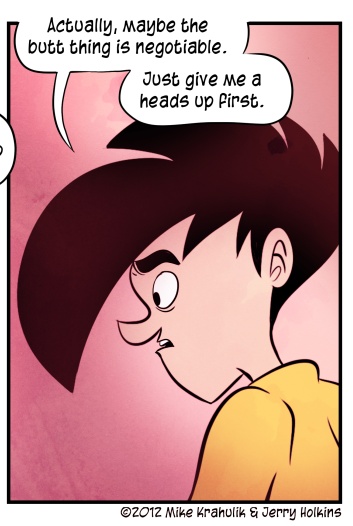 There is a tremendous volume of advice out there to keep the universally brutal and savage male from "creeping" at conventions, it may rightly be called a genre, but there is very little advice tailored to the skulking female predator. For such beasts, the following pamphlet may provide the education these reptiles so desperately need.

From the moment I opened the WiiU, Gabriel has been hounding me to download Rayman Legends. I'd been impressed with the trailer that accompanied the console's debut, and could clearly see the playful, ambitious modalities they were playing around with. Until it came out, I thought this understanding would be sufficient. Not for him! I acquiesced to his campaign on Tuesday, and immediately regretted not getting it sooner.

There's no question that asymmetrical information or inputs can provide interesting grist for the competitive mill. It's a point I could elaborate on (Splinter Cell, Twilight Imperium, anything by international asshole David Sirlin) but you should just make an excuse to play the WiiU at a friend's house, or make friends with a person who has one. You can play Luigi's Ghost Mansion once and get it. You won't play it once, though. We have a theory that Luigi's Ghost Mansion is a game that you never actually want to quit playing; eventually, there's just something else you have to do.

But that's a competitive game. And it's also Nintendo, who always seems to know what to do with the weird-ass alien funboxes they keep making. This isn't either, and somehow - if the objective is to "sell" someone on the machine's virtue - they've been beaten at their own game.

I don't have the language to capture the the game's art, but luckily that's not what I'm trying to get at. The focus is on the "two screen" experience they show such mastery of in the demo. The traditionally Rayman portion is as beautiful and responsive as ever, those players get a rockin' platformer. But their platforming and the rewards they accrue from it are informed by the player with the touch screen, in a different way each level - always fun, always powerful, and always varied. It takes its cues from the tap based puzzlers and rhythm games that phones and tablets are using to turn new people into hobbyist gamers every day, and giving them a starring role. They're cordially invited. The game is at the crossroads of interactive play; it's profound, and somehow... punctual? I want to say "timely," but I already used it in the title.

Kara took a few turns with the WiiU controller, making every other player better than they were, and it was the sort of experience that sticks with you - one you miss, when you don't see it elsewhere. Gabe's been playing Black Ops II on the same machine, and Kara was genuinely surprised to find that there was no way to play it together, and to succeed more as a direct result, in the way Rayman had just made seem so desirable and universal. 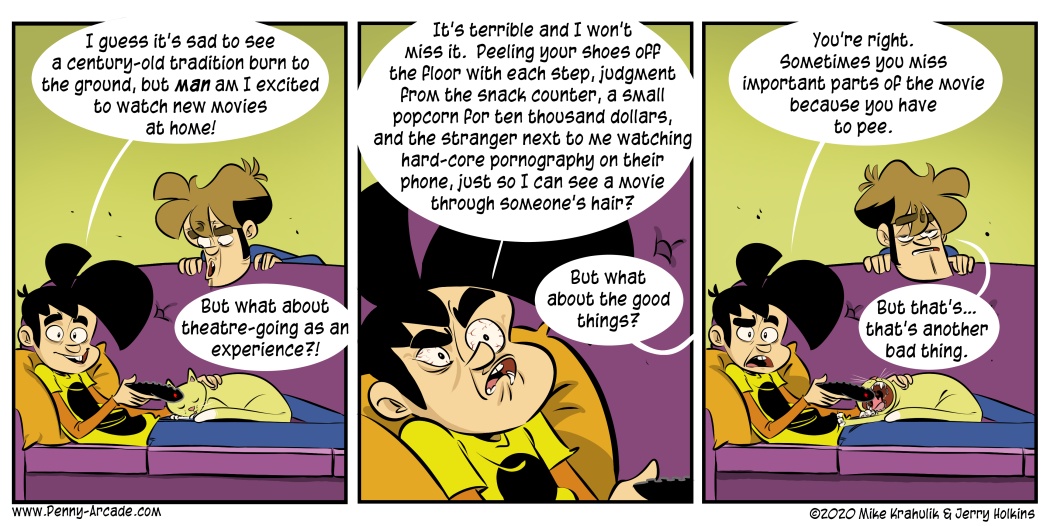