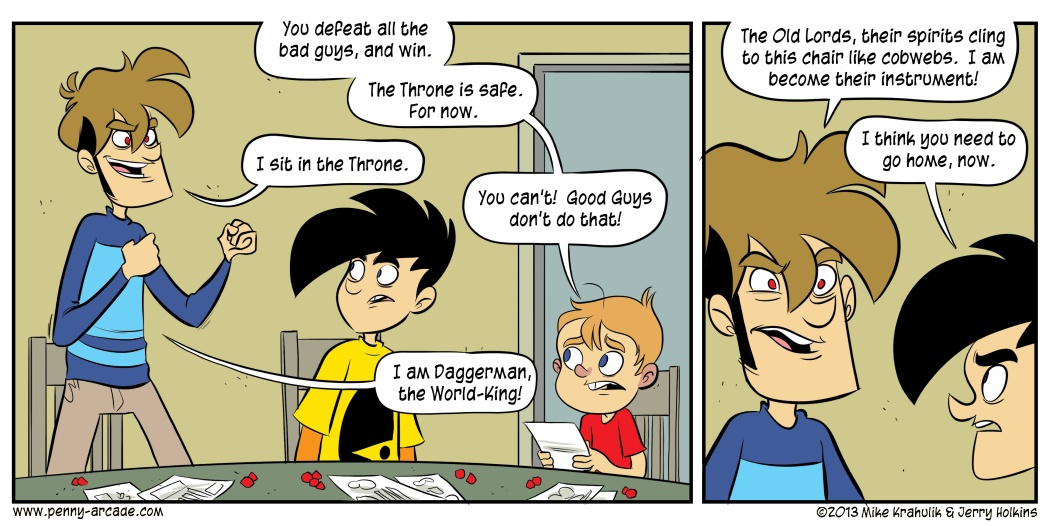 I think that does it for "Emulator." In a year or so, when your tolerance for familial excursions of this type has perhaps regenerated, I'll let you know the types of shit my daughter gets up to. She has her mother's head for math, those inexplicable and sorcerous divinations. I've always resented numbers, and really, what's to like. As an accomplished (and arguably, professional) liar I vastly prefer words, whose precise meaning is almost always in superposition. I took debate, certainly; I can lie with numbers, too. Eventually though, eventually, numbers have a way of holding their shape.

I have returned from the Magic Kingdom demi-refreshed. I only lost my children once on account of my sloth and inattention, which I guess is good. I maintained connectivity with "your world" through various conduits, acquiring information of the type you actively seek out, commingled with the sort of information that will not be denied. It was a banner week for the latter, and if you are in any way conscious Disneyland was an exceedingly strange place to be.

The Penny Arcade Report has been especially on-point lately, with a piece on mainstreaming Zombie Dice and what actually happens when your tabletop Kickstarter "succeeds". I was going to ask Ben a bunch of questions about how his Oculus Beta kit was turning out, but everybody already asked him a bunch of stuff. He rounded it all up and, in my opinion, put the topic soundly to bed.