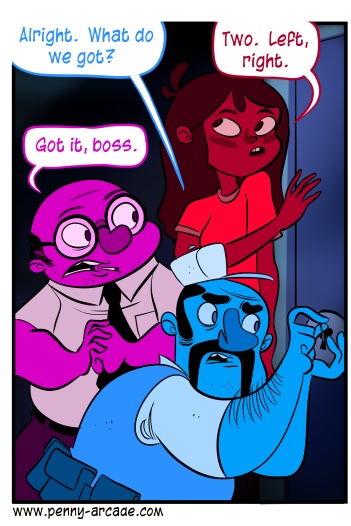 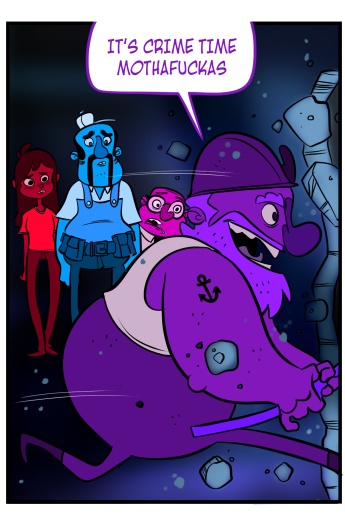 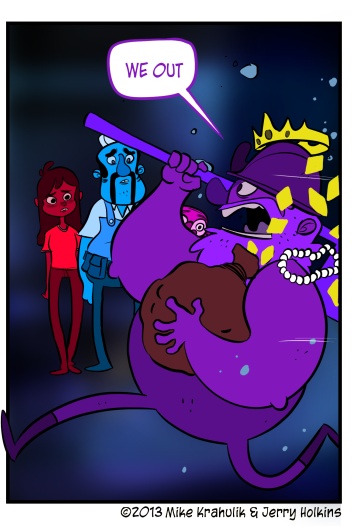 The second time I went to GDC, we were watching the awards at the end of the show when the same dude kept coming up again and again. Not because he was a weirdo or anything, although that is almost certainly true; he kept going up there because he'd won "all the awards" for a game called Monaco. His name was Andy Schatz, but I didn't know that before. It became easier to remember each time it was said, and it was said often.

That was years ago, mind you. Lots of people make part of a cool game and then the universe conspires against its completion. But he's brought the game to every PAX since then, always with changes above or beneath the hood; weird, cool touches he put in there just 'cause.

It's out now, which is cool. I bought a four-pack of Monacos so if anybody tried to weasel out of my heist crew because, myeah myeah, "I don't own it," myeah, I can bore a copy of the game into their chest cavity like a corkscrew. Once they've healed, the invites are going out.

Coaxing/goading/tricking Gabriel into the more out of the way stuff that tends to be my purview can be very difficult; he has his own objectives. There was no problem here, for some reason. Because the visual presentation is so elemental, each heist is awash in your own perceptions. The characters are raw evocations of what you might call the Heist Movie Pantheon, executed in broad strokes. Gabir really wanted to draw the characters how he saw them in his own head, with a special nod toward The Mole, his character of choice. I think his Lookout is especially good also, but he has experience drawing those I guess.

It's not hard to see why he likes The Mole, though: in a game largely about navigating mazes, the ability to crash through walls with a sledgehammer is fairly empowering. He isn't always the right choice, especially in levels that have a lot of verticality. Knocking a hole out into the empty air in a marvelous feat of amateur construction isn't always the thing.

Something that's interesting to me is that you can take Monaco as seriously as you want, and derive enjoyment thereby, but if you don't take it super seriously, you still have a great time - maybe even because things have gone to hell. I've done the room where Gabriel and I shoot two targets simultaneously and then hack two computers simultaneously and take all the money - without a single word exchanged. I've also seen him knock down a wall and jump into a Lamborghini because he is being chased by five cops. They're BOTH GREAT.