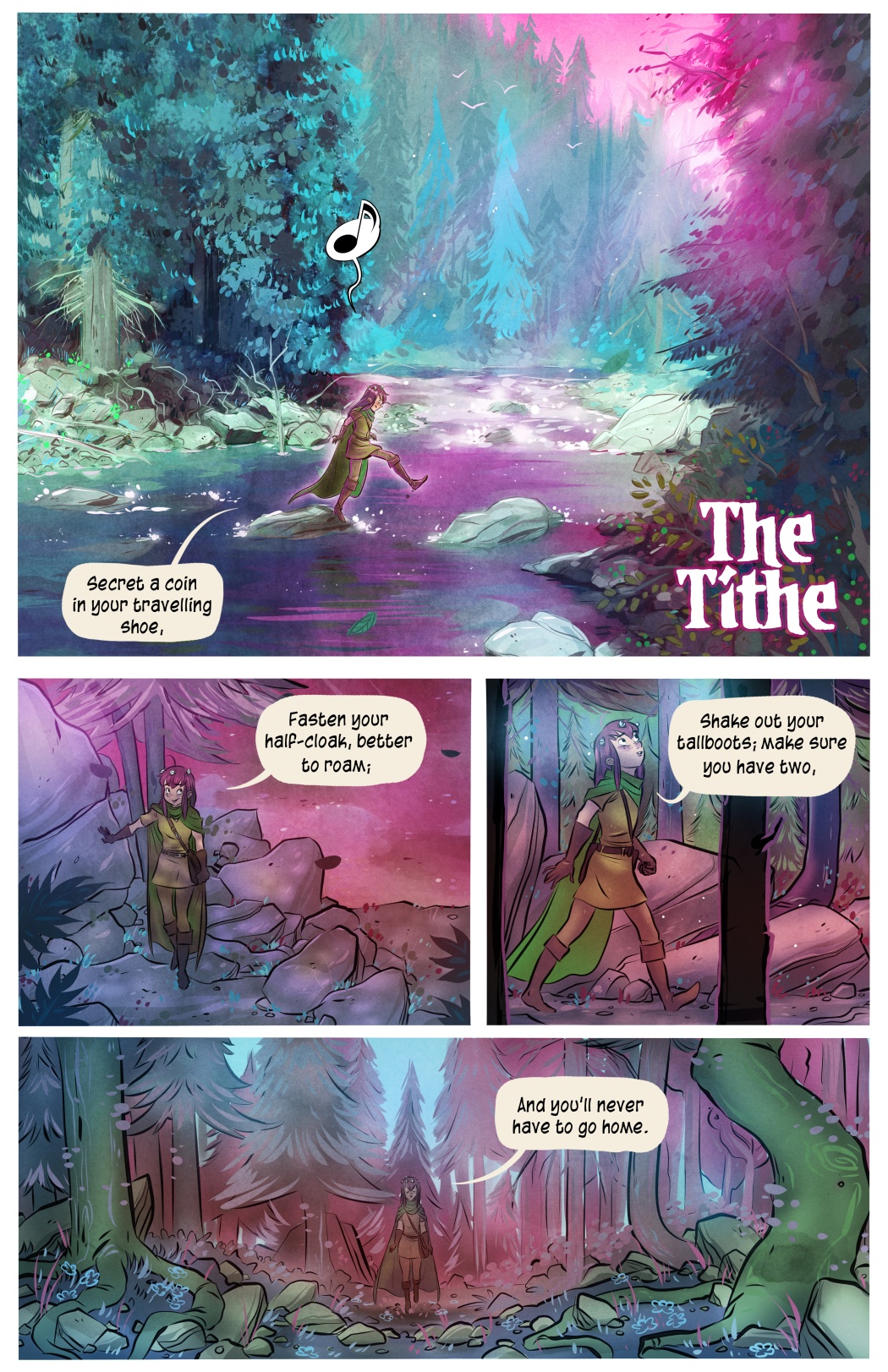 I like poems generally, all kinds. What is included in today's comic barely fits my own definition, but it's probably the correct term. People occasionally compliment me on my writing: they will say something like, "I like your writing," which is constructed in such a way that I cannot wriggle from it. I accept the compliment because my momma raised me right; refusal of a gift is the first sin. But this is respiration for me. This is the sound of me breathing out; I can't not do it. Though I suppose I could stop, and die.

I know what shape a piece of language has to conform to, and once I have the mold, words just fall into it. The decision I made for the poem, the only cognitive part of its construction, was that it had to invert itself. A lot of poems and songs do that; Fast Car is a good example. I'm writing a song for Kris Straub that does something similar, in that the chorus repeated throughout the song means something different after the last verse. I'm not telling you this to make you think that I am clever or interesting - I'm trying to explain why it is difficult to absorb compliments for what feel like autonomic responses. Most of the words I'm using are just English words, right off the shelf, with the occasional aftermarket mod. I'm not sure I've ever done anything that could not be accomplished as well or better with refrigerator magnets.

It might have to be a very large refrigerator, obviously. And you might need a couple packs of the magnets. You get it, though.

If you like Daughters of the Eyrewood and Lookouts, there's no reason to believe you'll ever have to wait especially long to get that stuff again. The Lookouts novel is very interesting to me. I have to be the "artist" also in a project like this, which is a different sort of thing. The strip we did about how many words a picture is worth is something injured writers often bring up, waddling up to the Q&A microphone like they have a spanked bottom, but they need to understand that he's sown the seeds of his own annhiliation with that flippant shit. Now we have a standard comparative measurement. A thousand of mine, for one of his.