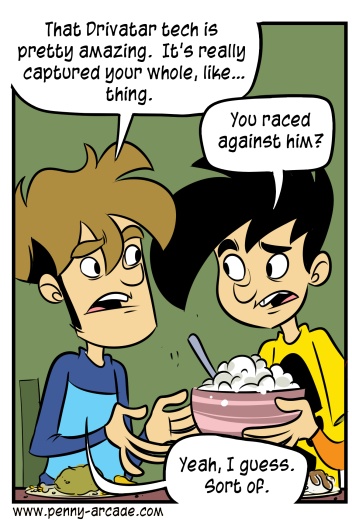 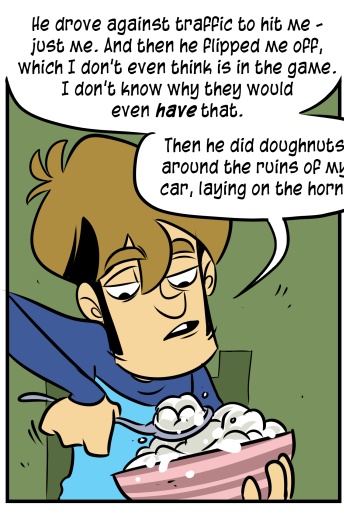 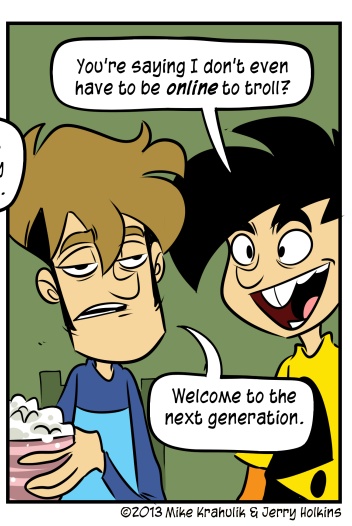 We've had a few reports that Gabriel's "drivatar" has modelled him exquisitely, in every particular; that's been true in my own experience also. He tells me that he subscribes to the Days Of Thunder school of motorsport, where "rubbing IS racing." And then he flips down an imaginary visor…?

I'm hoping to hit Forza again pretty hard, once I burn through this torrid affair with the multiplayer in Assassin's Creed. Being able to drive realistic cars on realistic tracks realistically is good, as far as it goes: my skillset prefers looser, big drift racers generally. My favorites have been the Project Gotham series and Rallisport Challenge, the latter made by DICE weirdly enough. And I liked those games because they reminded me of Ridge Racer. That's my DNA as far as that goes. But what really sold me on Forza was Forzavista; being able to walk around these ridiculously authentic cars and interact with them is the thing that motivates the gameplay loop for me. I want more.

I play AC's multiplayer on the PS4, and I play Ghosts (quite a lot, for a game I supposedly hate) on the Xbox One. This means I'm constantly switching back and forth between them, and I have expectations which are occasionally thwarted. If you had told me a couple months ago that the PS4's party system would be quicker and cleaner than that of an Xbox, I would have responded poorly. I don't know exactly what I would have done. But it woulda been derisive for realz.

And, I won't lie: wonked as Kinect support can be, I still want to use it. I want to wake it up as I'm walking in there. I want to shut it off as I'm walking out. I also want it to log me in when I sit down. When I'm playing my PS4, yes: I do want to control volume and mute with my voice. I do want to switch between games and apps verbally. Not everybody does. And I suspect strongly that the broad majority of enthusiast gamers want to accomplish time sensitive tasks by pressing buttons.

Something which must, must, must have have come up in MIcrosoft's world famous testing is that there are people who DO NOT WANT to talk to inanimate objects. Also, Kinect doesn't work every time, or it works in the wrong fucking way. I think it's fair to say that they've lost Gabriel forever. But I've seen Jamie pull her phone up and issue commands to Siri right in the middle of a conversation with other people. Voice is completely normalized as an interface for her. How wide is that demarcation, and what are its contours? They must have this data.