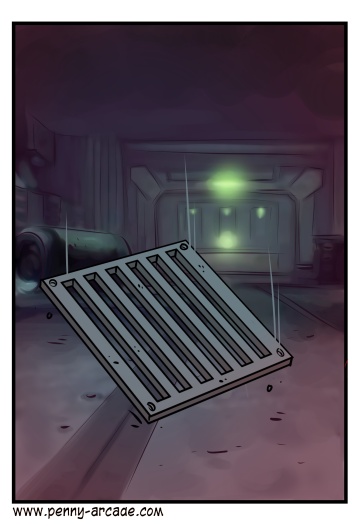 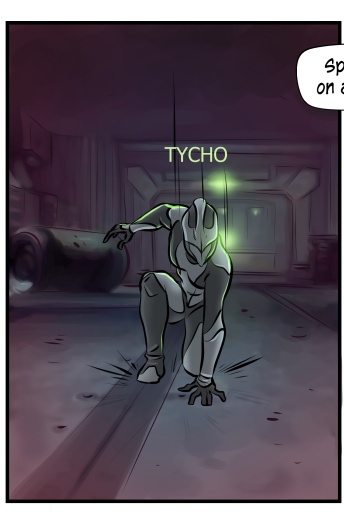 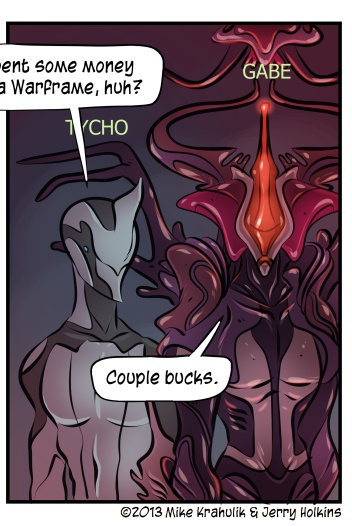 People have different thresholds about paying for for ostensibly free games. We did a comic about specifically withholding payment in some cases. In others, I've paid as I left the game for good; like they brought the check, and I paid on my way out. Typically though, I do it when it passes the Pinoccio Line, the one that marks its having become a real game. The point at which not paying begins to feel like theft. Gabriel tends to pay either when a game expresses itself with unique art, or it indulges his desire to become a Frost Wizard.

I haven't gotten there with Warframe quite yet. But I think I will.

Brenna asked me if I liked it, because I've played it every night for several nights running, and I said I didn't know. That makes no sense to her. Doing something that you both don't like and does not serve the (loosely defined) nation is incomprehensible. But I tried to explain that saying I like something has ramifications, so I try to be careful with it. But also, it has to do with the freemium model in general. I don't know how the operant conditioning chamber is configured at the beginning, compared to later. I don't know if the sustenance apertures are bored extra wide.

I grabbed it a million years ago on PC mainly to keep up with Digital Extremes, who have been around for fucking ever. Checked in on it every couple of months; couldn't really get a read on it. I liked the biomechanical bug people look, very divisive in the office, which is another way of saying Kiko doesn't like it. It seemed to be a different game every time I crept back in; initially it was a Phantasy Star Online style gear chase, with no gear. Nowadays PSO is a very strong analogue, and I'd recommend it to anyone for whom those letters resonate. When I go into the store now, there is much to be desirous of.

You can sort of see the game it will become here, or could become if they wanted it to. The PS4 version I've been dropping time into has rough framerates when shit starts to really go down. There is a boss, the first boss you really see in the game, and more than once out of the times I've tried to grind him for components, he just… forgets to take damage. Or maybe he doesn't feel like taking it, it's not clear. Maybe he is tired of being ground for components. In any event, reasonable people would stop playing a game where bosses don't take damage. I left that match, and then tried to play it again. It threw me back in the game I just left, with that chortling immortal still holding court.

That all seems pretty bad! I do like it, though; the gunplay loop, informed by special abilities unique to frames, girded by the acquisition of Mods, which are essentially collectible cards you can fuse and collect. Each "world" in the galaxy you travel constitutes a specific gametype that won't be unfamiliar to players of the genre. I thought the shooter gameplay was fun with "Marlon Rando," and better still with my cohort. As a fundamentally cooperative game, it's a more than pleasant way to burn the hours before death.

I heard that a version for the Xbox One was outed by PEGI, and why shouldn't they. It's shooter fetishists from hell to breakfast over there, and a drought besides. They've been very circumspect over there about Free To Play stuff in general, and with good reason; people seem to prefer it. And in these early days, the gravity they exert on your careful model is irresistible.