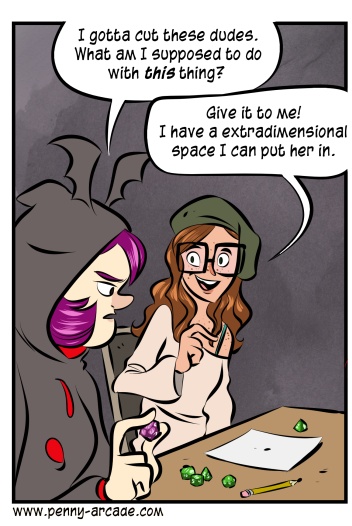 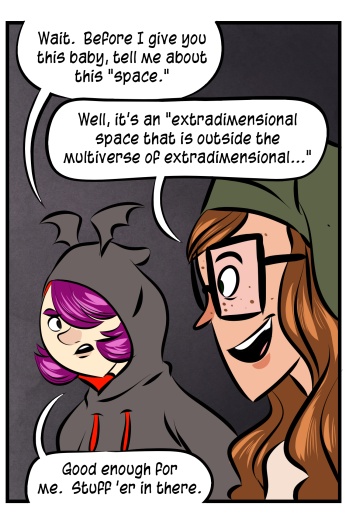 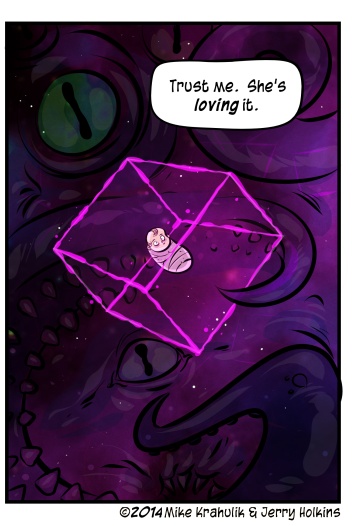 The Night Of A Thousand Hours: Escape

(It's frankly a dangerous business in the DMing game to write as much as I did back then. I don't really do that anymore, which is a lie. I lied right there. I just like writing, and it's hard to stop. I would say the hardest part about writing the Lookouts book is that there are no breaks for players to interject. I like to leave a lot of "room" and I'm trying to figure out how leaving room works when I have the tiller of the entire narrative. Oh, by the way, the streets are full of these things too. It can never be easy.)

As the creatures fall, hissing and warping, you see silhouettes in the night sky, creeping above the buildings. You hear the stretch of bowstrings, just before an old cart careens out of a nearby alley. Twisted arrows, gnarled like the roots of trees (HOW WOULD THAT FLY JERRY), thunk into its side and its driver shouts, "Come aboard, friends! Unless you're warming to changeling hospitality!"

Vaalgarten, Tinkerer of Immeral Wood, rides his horses as hard as he is willing to on such a wet night, in such a dark forest. He is humming an old song, and smiling as he does so. The song - and the smile - stop sharply at the first howl.

(Here's what's funny. So, it was apparently super important for me to name this fucking dude's horses. But when it comes to a fairly complicated skill challenge involving ensorcelled wires strung at neck level, let's take a look at what kinds of notes I leave myself.)

(Thanks. Anything else I should know?)

(Awesome, man. Yeah. Cart tree. Sounds good. The best part is the question mark, as if to say that it might be a cart, or a tree, or some amalgam thereof, but it's not known. Indeed, it may not be possible to know.)