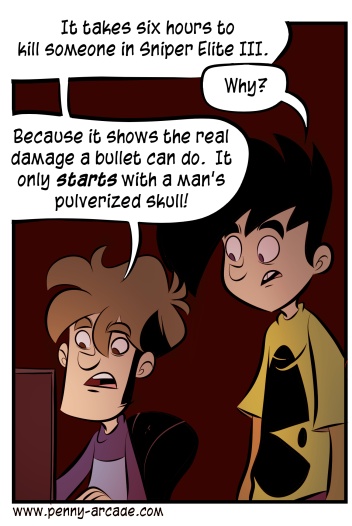 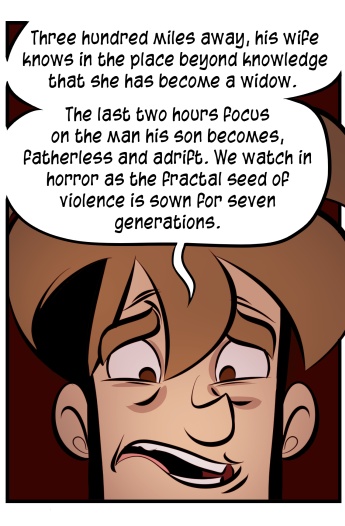 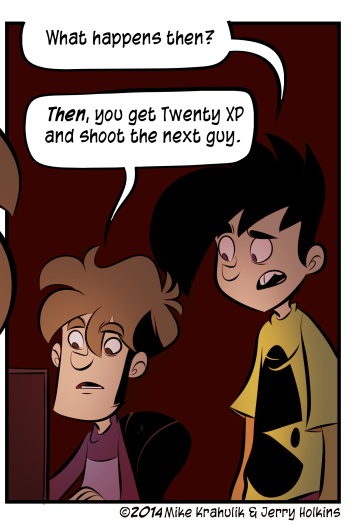 Never really played any Sniper Elite games, I dunno I felt like I had a pretty good idea what was going on there.

I grabbed the new one because I'd read articles about an interesting co-operative mode where one player is the spotter and the other is the sniper in the traditional operational dyad. That sounded like USDA Choice Beef. What the game is in actual practice is "two snipers in the levels from the regular campaign." I thought it was some kind of asymmetrical thing, because I had been lead to believe that. It's not too crazy; I just believed what I was told. I'll figure this out eventually.

You can differentiate the roles as much as you want to simply through play, though; ultimately, we settled on Splinter Cell, or Hitler Cell I guess. The stealth genre as seen through a scope. We mark for each other, and sync kills to the bark of a generator. We're trying to direct one of those nail-biter countersniper films in real time and we managed to do so often.

Because we're new, it's not super clear to us why sometimes we get the awesome megapulper Kill Camera and sometimes we don't. And I never see his kill camera, and he doesn't see mine; if he's looking at an awesome scene on his screen, on mine he's just shooting over and over again. I want the option to see his awesome shit, or to see our awesome shit together; I want to play the same game at the same time as much as possible. I also want the killcams to happen every time and I want them to take six hours.

That wasn't the only issue we had with synchronization. We probably would have played it more yesterday, if the game hadn't crashed when he ran over and tried to stuff my guts back in. It looked like he was breakdancing on my screen, really getting loose, in an alternate history where Capoeira was basic military training. I expected him to throw the cardboard down any second.