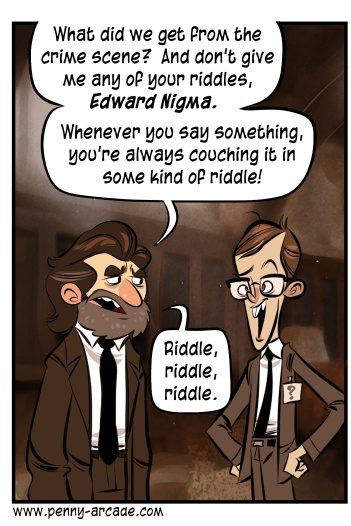 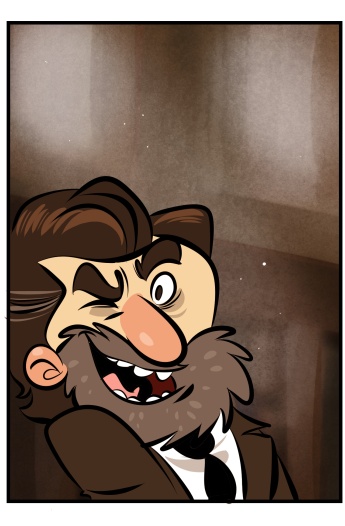 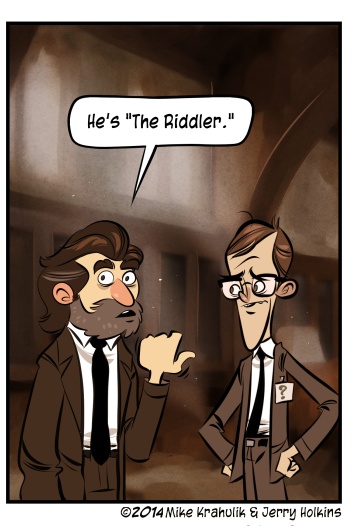 Gotham is just a weird show.

One of the problems at the corner of Becoming Decrepit and Being A Creator is that when someone attempts the functionally impossible and fails to accomplish it I'm sorta like, "Well, yeah" but I don't get too mad. Understand that I don't mean "impossible" to mean "can't be done." I have done several things over the course of my incarnation as an Internet Demigod which I would have considered impossible. I use "impossible" more like a success threshold in a roleplaying game. It's a big roll, but it's still a roll. There's also an Impossible Girl, obviously. Every other value of impossible is more or less a function of time. You are literally reading these words on an impossible device.

So, making the show they are making right now is Impossible in that sense, and righting the ship is also Impossible, but stranger things have happened; I know a lot of Agents of SHIELD fans who are pretty happy these days. I think the show could be much better if they allowed it to develop an identity as an excellent procedural with an amazing backdrop as opposed to a place where novel references are always swanning around. It's always hard ("impossible") to set the slider on that. But it's got to be set. It has to be stable before you can start adding weight.

I'm not a comics nerd; this was proven most recently, perhaps, by my inability to parse the alternate Earths of the Marvel Universe. I like them but I sort of eat around the core; I rely on the kindness of strangers and the occasional random success to figure out what I like. But Alias and Powers have really good ideas about how to portray characters who exist on the fringe of comic universes, what it's like for a regular person to be set against them. I'm not super surprised Sony picked it up Powers for a series. But if you want another take on how to do Gotham specifically, like, this specific show, I really liked Gotham Central. When they first announced it, I assumed this is was what they were doing. It never did super well as a comic as I understand it, but the procedural "form" has a very strong tradition on television, and we live now in an era where things that were leprous fringe culture are morphing into Prime Time fare. I would love to talk about what that means, sometime - when one person's culture becomes another person's hobby. I'll give it a decade or so, and get back to you.