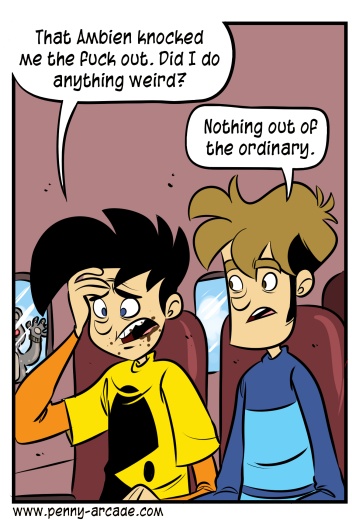 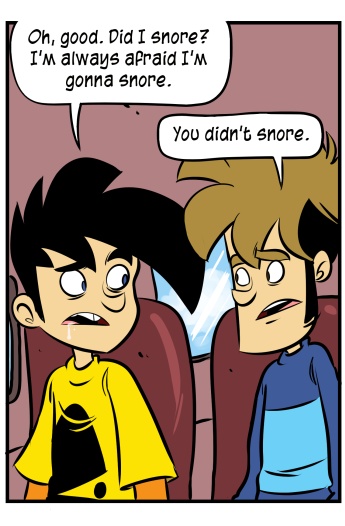 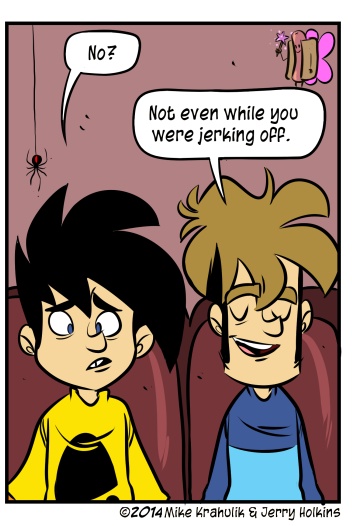 I don't feel like the parentheses ever really closed on this trip. Maybe the last one won't be placed until I step off the plane in Seattle. What it seems like happened - and I am open to alternate explanations in the vein of Grassy Knoll - is that we got off the plane, held a PAX that obliterated the first one here on every conceivable axis, made shedloads of friends, and now before I can even stack these memories appropriately in my brain I'm getting back into a plane.

Sometimes they have movies on flights that are as long as that one, except when we were coming down the movie thingy was broken. Well, not broken all the way. It worked enough to let you see the deep roster of incredible global cinema they had on offer but if you tried to watch one it told you to go fuck yourself. So, Gabriel was pleased that his doctor had given him a pile of Ambien. Way, way too much, for some reason. Enough to start dealing, like. I'm trying to decide if I want one on the way back. If you look up Ambien Stories on The Goog, you'll be set for the afternoon. I didn't take one earlier because it appears to put one into a state which is not consciousness, but also not sleep, and I don't know how much I want to be there. He popped one last time, I guess, and it was mostly fine.

I slept for a little while on the way down, and the rest of the time I looked around in the safe darkness. I had a fantasy about using my computer on there, but it was sort of like trying to build an armoire while folded into a coffin. "Economy" on international flights is a social experiment, like a Fallout vault, and it is about determining human thresholds. I don't want to get too far into my overall philosophy here, but mankind invented Hell, and we try and rebuild it wherever we go.

I told a story during one of the Q&As re: "something that annoys me" about Gurb is he's so without an ear for pitch that when he sings along with a song he isn't actually singing and it ceases to be a song. But I had to admit under great pains that occasionally, occasionally, when the moon is in the seventh house, he is so wrong that he actually harmonizes with it. The time switch to and from Australia is actually pretty close to that - the lag is so messed up that it almost, almost comes around again. Which is good, because we just announced we'd be there in Melbourne for the next five years. And why wouldn't you come back here, for real. People just straight up eat meat pies here for no reason! Its okay to just eat a pie right out of your hand, while you are walking somewhere to get another pie. Nobody here gives a shiiiiit.