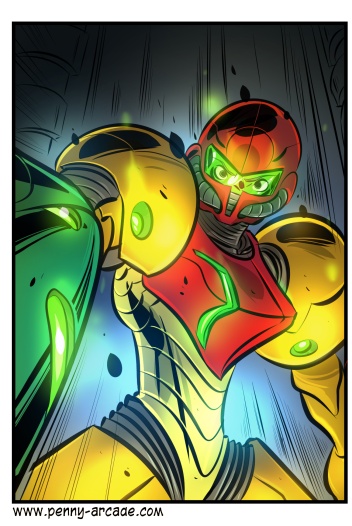 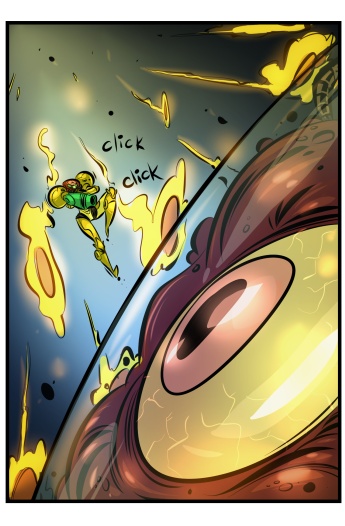 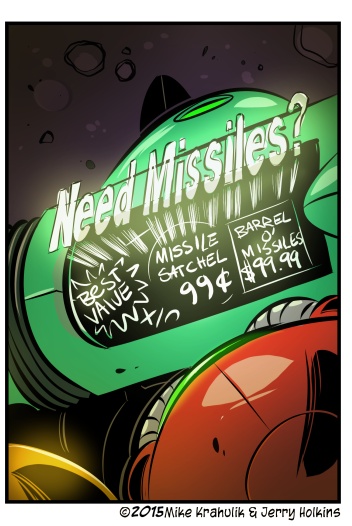 We have to entertain, at least for a moment, the idea that he just wanted to draw Samus Aran. But he had also played Pokemon Shuffle in this new era of torrid, Nintendo lust inaugurated by the refresh to the 3DS hardware, and he was surprised to see the more or less "traditional" F2P grotesqueries on display.

I know I just used the word "wooly" on Friday, but I gotta dust it off and get it back on the field: these conversations get "wooly" very quickly. Or, they did in the past. Let's see if that's still true: there was a period of time where saying Free to Play was bullshit meant that you were an elitist hatemonger. Generally speaking this was something said by people who were trying to become millionaires by leveraging Free to Play mechanics, but I will give them the benefit of the doubt and say they were just hypoglycemic or whatever. My position, should it require enunciation, is that games are the best. And if you play even one, for any length of time, you will never stop there. So I don't very much care about how you might have gotten in the door.

If I can make peace with a game, if there is enough game to make peace with, I will. Gems of War, I make peace with. Terra Battle, also. In both of these cases, there's an aspect of lineage: who made them is important to me. But with Terra Battle especially, it's a mechanic that is so oblique to the hegemony of Match-3 - the Matchriarchy, if you will - that it discovers and then subsequently colonizes fresh brain, creating the tingly "learning" sensation which is the main reason I play games anyhow. Between its bizarro take on tile movement and its complex positioning incentives, it's not simply a palette swap. But, yeah. You can't necessarily play these games when you want to. In some ways, real ones, you can't be "fan" in the way we think of it.

You get trained by this stuff. The counterexample is here: Gryb wouldn't shut up about Hero Emblems, and more than that, I saw him play it for the entirety of a flight once using only his right hand, which left him his other hand for parenting. I downloaded it, and I played it, and it was hard. And it wasn't hard because they wanted me to buy a potion of some kind. It was hard because they had made a game from end to end that had triumph as a possibility; they made a game with a beginning, a middle, and an end. I kept trying to find the trap, but there was no trap. I moved the pieces around, and I succeeded or failed based on what I had done. I don't know, folks. I feel like this could be big.