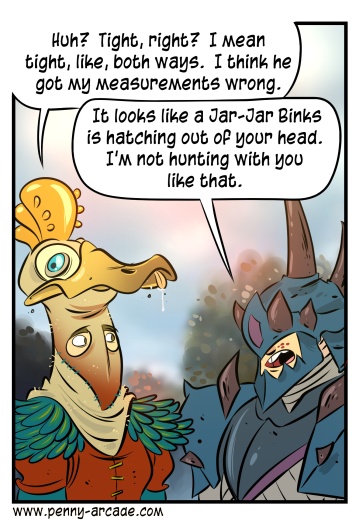 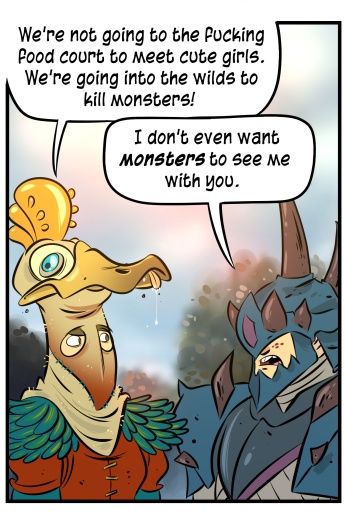 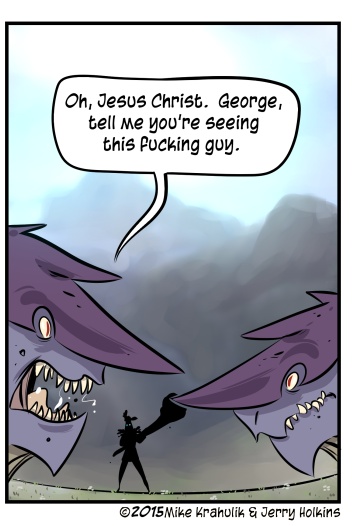 Because I'm still new to Monster Hunter, there's a lot I don't know. I could absolutely look for a FAQ and solve all this stuff immediately, like watching a Raid video, and then I could go in and try to emulate another person's valor. When I hit a true wall - as opposed to being momentarily inconvenienced by my ineptitude - maybe I'll hit it up. But not yet. I haven't felt like this in a very, very long time.

I apologize to Monster Hunter stalwarts here and elsewhere; I'm coming into your whole deal unprepared, but I want nothing more than to learn. This post is for people who don't know yet, or for people who just learned, and can nod sagely along with only a hint of wistful melancholy.

Monster Hunter is a lot like Minecraft in one very specific way: everything is made up of other things, and you can go get these things. I would say it is unlike Minecraft in every other way. But that core loop of acquisition and refiguration is beyond addictive. Oh, now, wait. It is the same in another way, and that's one of the things that makes its compulsion engine so terrible and perverse in its strength. There is no mechanically reinforced "character" in either of these games. There is no progression aside from the equipment you make or find, and the skill you build with the game's often one of a kind arsenal.

Equipment builds your capability through the use of Skill Points, which might be a new concept to you. It certainly was to me. Imagine that each piece of my armor grants me a couple points in some useful skill. Except having a couple points in a skill doesn't mean shit, right? It doesn't mean that you are kinda good at something. Until you have ten points in a skill, it's not even activated in my experience. So the game is about trying to match complimentary pieces together. Alright. Now, you understand everything you need to in order to properly contextualize my failure.

I had never seen an item that had all ten points in a skill, by itself, so imagine my surprise when I found a Gargwa Mask I could make, and I already had all the shit for it. I was picturing some haute couture motherfucking' French type shit, flexing mad plumage, so I invested several single use armor upgrades in it before I'd even seen it on because why would it ever look like this.