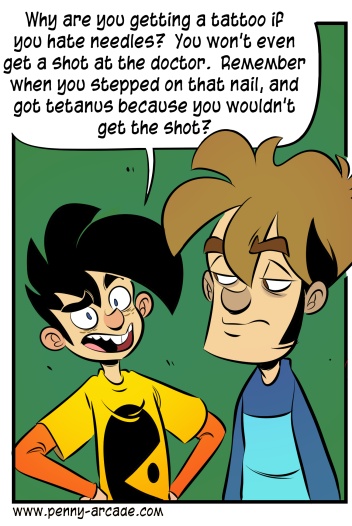 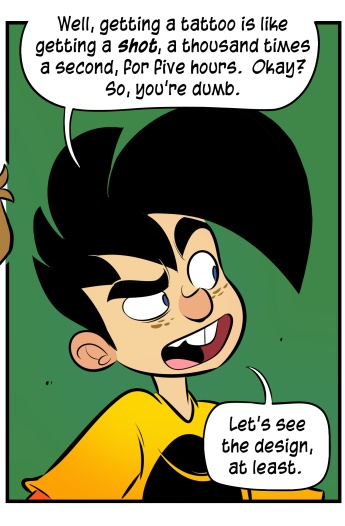 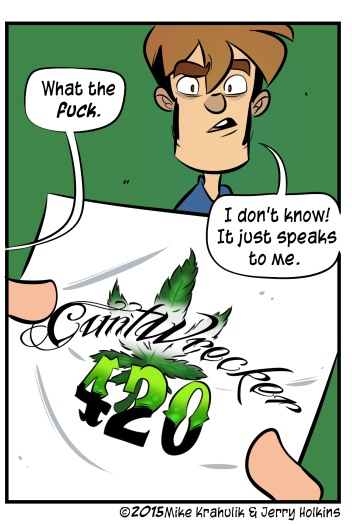 I feel compelled to tell you that I am not at the office. I'm not even writing this! I am having a man I barely know dredge a needle through the skin of my forearm, over and over. And, as if that weren't enough, he's dipping the tip of this needle in ink so that even once they've healed the scratches this miscreant is scratching will leave permanent marks. It's rude at best. What's more, I'm paying this highwayman for the privilege of being thus savaged!

It's a gruesome inversion of the natural order.

If there is anything to be said for this violent werewolf, at least he is giving me some say in the shapes he indelibly carves. I work with text enough to know that it only holds meaning for so long when looked at; words become shapes very quickly. That's one more reason not to get the tattoo rendered in the strip. I make these posts out of what is, essentially, dry sand; I have to pile it up fast before it becomes a big ol' heap of bowls and serifs. That's what I like, though, words I guess, and I think I've squared the circle. I'll post a picture of it later. I mean, you tell me.

The problem is that I've had too much time to think about what to get, now; I've wanted to do it for, oh, twenty years let's say. Of course, back then I wanted to get Goliath. From Gargoyles...? Or some shit? I can't really see my back, just because of, like… where it is on my body, so I have often fantasized that I did do it. But then I think about having to explain the mystic admixture of ferocity and nobility the Gargoyles represent every time I take off my fucking shirt, and I think "maybe I saved myself a bunch of time."