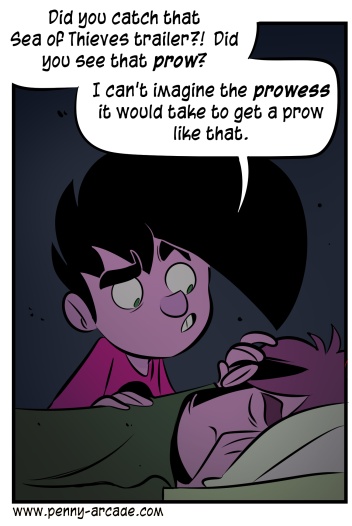 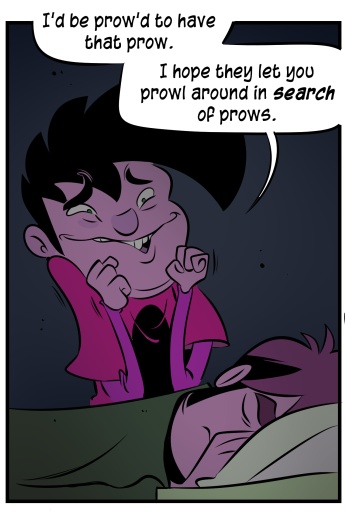 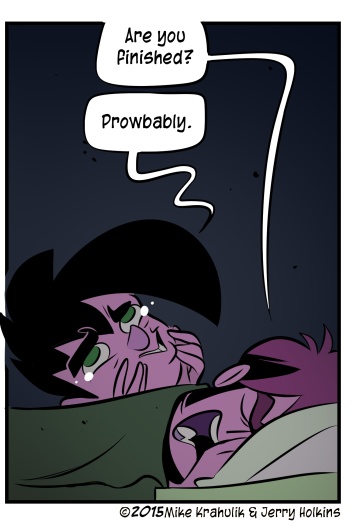 I felt bad. Usually, when Microsoft brings Rare up it's to show something that I don't want. There's always a sinister aspect to it; a Winston Smith aspect, as they're forced to tell us the Kinect is great a second time. I am not in the market for a collection of old games from them, I can barely play the new games I'm obsessed with. And then they showed Sea of Thieves, and I felt like an asshole.

Watching a trailer like this has an element of divination, of course. But even the things we know for certain are thoroughly welcome. They keep making new Assassin's Creed Games in different eras when what everyone I know wants is to crew multiplayer pirate ships. It happens - Guns of Icarus, of course, and I would say Puzzle Pirates - but it is vanishingly rare. I'm getting a strong survival game vibe, with the addition of yo ho ho and a pronounced booty suffix. Divination, right? Haruspicy. But that's what a good trailer with a good idea makes you do. My great fear is that they will offer DLC prows and I will be made a pauper.

I have a bunch of habits, built over years, that form my interactions with hardware. They aren't always sensible; they have that thoroughly organic seeking and grasping quality, like a pea vine. "I watch video on the Xbox," was one of them. Even if I'm not playing on the Xbox, I used to switch machines to use Netflix or whatever because I "watch video on the Xbox." When I started spending as much time with the PS4 as I did, I knew this was incredibly bad news for the other machine. When that rule ceased to be currency, the Xbox stayed off. It divorced me almost completely from the ecosystem.

If there's a multiplayer title, and I want any chance of playing it with Gabriel - which is to say, any chance of playing it with anybody - I need to buy it on PS4. It makes me feel bad, actually. Like the Xbox is this giant ham I bought and just left it on a tray under the television for months, and every day it becomes less and less like ham. This is why a focus on exclusive shit is the only way Microsoft could have found any purchase with Grob, which is to say, me.

Backward Compatibility is a nice bullet point, but it isn't a huge deal for people who (as I suggested previously) are enthusiasts to the point that they can't play all the games they want to anyway. Where it is a huge deal is that it allows a company like Ubisoft or Bethesda to leverage their back catalog as an incentive engine. My understanding, strange as it may be to we who are of gaming's priesthood, is that last gen is still kinda going gangbusters. The thinking is that this feature is a lure for them. It's not an argument I find super compelling because functionality, performance, and selection tend to be very porous with most efforts in this vein. It's possible there's something I don't know here, but I can't think of a single time I've been wrong.

It's really Sony's to lose at this point, if you're wondering why I keep talking about the Xbox briefing. They're winning everywhere and even if someone else wins here or there they're only backfilling the hole since launch. The Xbox One is saddled with a set of assumptions. Some of these assumptions are software level - their dashboard has a lot of powerful concepts, but nobody understands them and they have a hard time explaining it. Performance on core social functionality is offensive. It's weird, and boring, but the thing I needed to hear most from them was that they understood that their device isn't a pleasure to use and they apparently do. The hardware disparity, a nasty hangover from the Mattrick era, can be ameliorated but not solved. I imagine this is a very "exciting" time to work there. But they swung hard at this Expo.

When they showed the Recore trailer I heard Gabriel say, "Damn it." For some reason, he won't say God dammit. I've talked to him about it. It seems to me like if you're going to damn something, you might as well go with the expert. Whatever.

But there was no reason to damn it at all. You own that hardware, I said. It's in your closet. And he was like, "Oh, right."