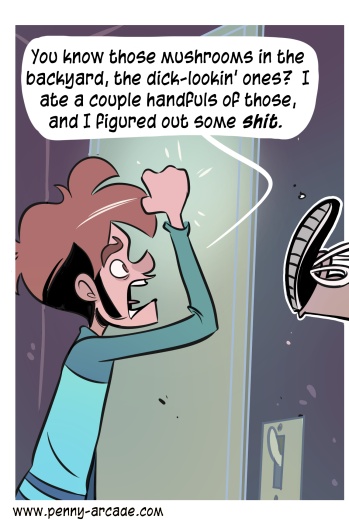 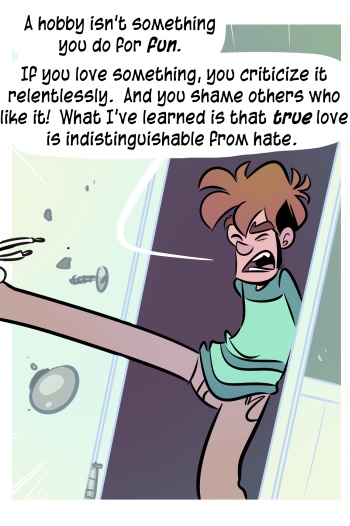 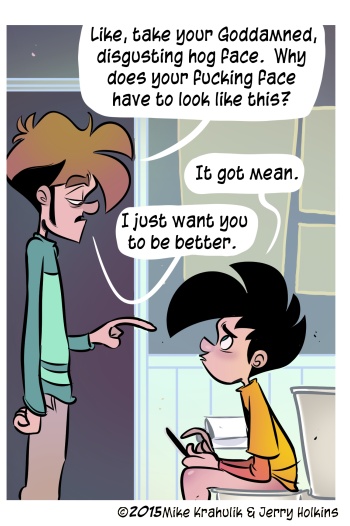 As my psychic aperture widened to encompass all, I realized that Gabriel was actually super gross.

Animal Crossing: Happy Home Designer is doing exactly what I wanted, which is to get a DS in Ronia's hands and make it feel like it's hers. Most games are too hard; the fun to stress ratio doesn't work for leisure activity. Minecraft in creative mode isn't hard, by comparison, but provides no narrative impetus, which for her is probably worse.

I had mentioned that the lack of traditional game metrics was a sticking point for some reviewers, but if you're a six year old? Or if you are the supposedly omniscient satellite which revolves around one? We need games like this. The rest of that stuff can come later. But, beyond the two classes of mortal I have just described: the motivation is to try and make people, or… animals, or whatever, happy. It's not a metric. The "story" and the "actions" are part of a single, revolving, polychromatic orb that defies unraveling. I think it's a type of game our ordinary tools aren't good at perceiving.

Something I like about it is that she has to really know letters and words in order to do the thing she wants.

This is the ultimate fucking scam, and its power is dark. Scribblenauts isn't considered an educational game, but it certainly should be; it should be in every house. A copy should be provided to every citizen as soon as they know their letters. I started letting my son play it, even though it seemed like he wouldn't be able to put much together, and all the sudden he knew how to fucking read. The loop is damn near sorcerous in its power. Let's say they sound out a word, and try to spell it in there. Maybe the item they wanted comes up! Now they feel like a Goddamned warlock. But, let's say it doesn't. Near matches come up. Let's say they choose the word they meant to write in the beginning. Now they feel like a Goddamned warlock. What if they choose another word? Now they've learned a new word, maybe two words, made a new thing, and they feel like a Goddamned warlock.

This is scaled down from that, but a cute voice every time you choose a letter that reinforces the name of that letter is rad on every vector. And if you want to find skirts - and you do, oh yes, you do - you need to know how to spell "skirt." It's like a spell. This power is itself a scaled down version of Pat Rothfuss' Name of The Wind books, I guess, if the name of the wind were just, like... "Wind."