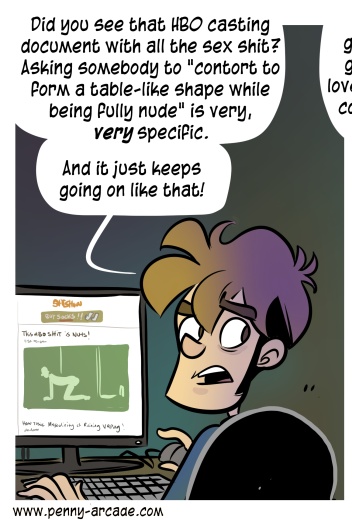 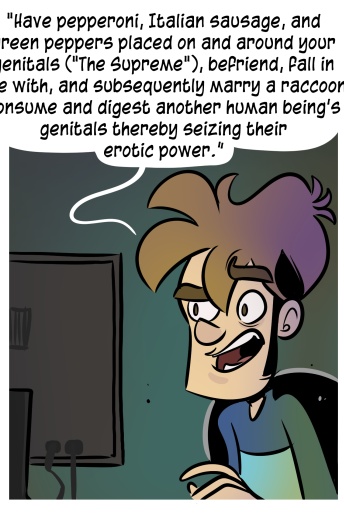 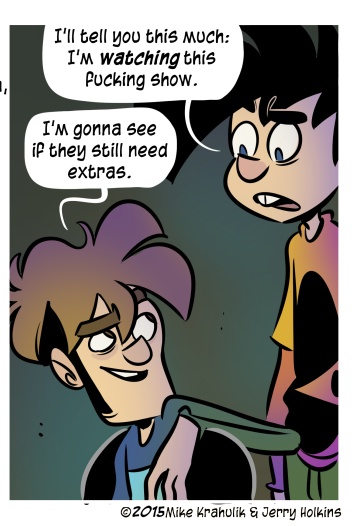 The HBO extras contract for Westworld is fascinating reading, and gives one an idea about what it must be like to have sex with a lawyer. The excerpts you've seen online only represent a portion of the depravity: there are deeper, more erogenous zones.

I don't go in for Toy Games at all, not really. But I do go in for Lego shit, and I have occasionally tried to describe the quandary that the adult Lego Maniac is bound up in. When you are a young person, and you look at a box of Lego shit, you are more concerned with the number of pieces than the number of dollars required to own it. You can turn the box over and over in your hands, and feel the weight of it, which is the weight of a soul minus the body it is contained in.

I could buy them now, and thus far that satisfaction when I see a Death Star or whatever has been enough for me. I can make anything I want, which is the power of these devices; I cannot meaningfully desire any more bricks. I still have all my old stuff downstairs, some still in the ancient Star Wars pillowcase I used to keep them in.

One of the strange things about Lego is that it constitutes a kind of post-brand toy. This is Ironic, capital I, because individual sets are more branded than ever. Even their core shit is all hyper defined, coming out of an era where they were as "generic" as possible to be as interchangeable as possible. But they are all compatible, the fundamental atom of this universe being the pip, which I think are generally called studs but I've already made a concession by not calling them Legos. Everything can live together. Try to play with any other two toys, as my sister and I used to with my Transformers and her My Little Pony… ponies, and you run into problems fast. For one thing, these ponies aren't little anymore. Rainbow Dash is taller than a semi truck and weighs over thirty tons.

But, like I said: from an IP perspective, this shit is hyper transgressive. It's of a piece with remix culture, fanfiction, things which beyond a certain scale of operation are considered violence against a brand - at least, in the West. You can profit by it, or be destroyed. You can swipe, in the manner of a dumb giant, with your wide palm at the empty air. Or you can sell me a hundred dollar platform and a handful of bumpy shrapnel for a hundred dollars, with the promise that our entire culture is little more than a palette from which you will draw an elemental creative force.

The game reinforces this also, and it's clever about the mash-up. I would say Back to the Future and Portal constitute pretty out there stuff for this mill, but at least for my house they picked right. Even the pieces you put on their little platform - which the game stops to let you build, accompanied by dramatic music - don't stay in place. You're always picking pieces up and removing them as a fundamental part of the gameplay. The whole thing is Lego as shit.

I know that Gabriel would say, under duress, that Infinity was best, but he has a lot of legacy plastic to consider. So do I, of course, some of it more than three decades old, and it is all part of a legacy that now includes my daughter and my son.