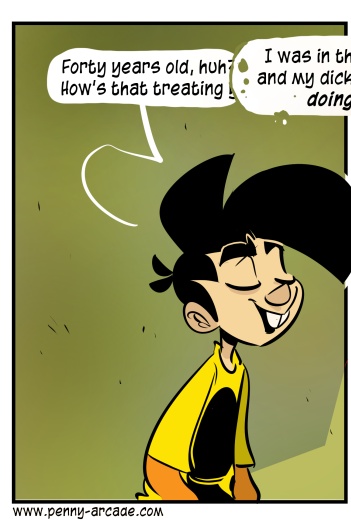 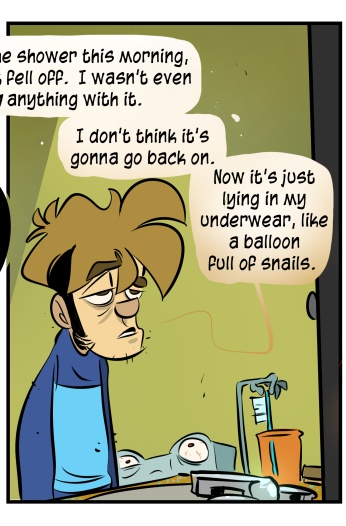 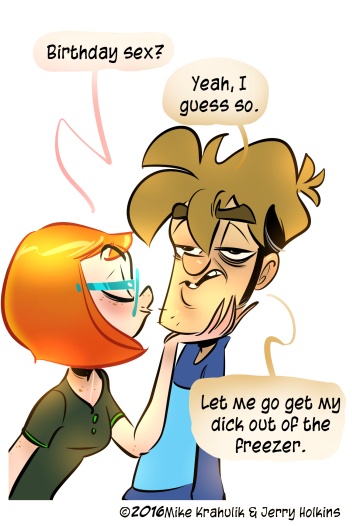 I wanted to watch a video about the Skills in The Division, and it asked me my age. I entered "40," which is apparently a number, and it was the first time I had even considered that I might be forty years old.

That's really the only time I get a sense of how old I am anymore, is when a game trailer wants me to choose the year of my birth. Except I usually don't go all the way down to my year, because it's too far. I usually choose the first year that will be a valid entry, and that year is always getting closer.

I'm like a Goddamn vampire; a dude at PAX South brought a picture of us from when we visited Texas more than a decade ago, and it was a revelatory Exhibit A. In this span of time, Gabriel has gone from "angular, discarded insect husk" to a creature more in line with the thick, mid-range portion of the human graph. I look exactly the same. Which is to say, I look like a mole rat. The philosophical questions ask themselves: is it better sport an appealing form and then lose it, or to simply begin life as a vile grotesquerie, and never visibly decay?

Everyone wants me to think certain things about this Integer. And you're always supposed to be very conscious of X, where X equals whatever is most important to other people at that moment. But I only care about this, filling this field with text. This has to be some kind of disorder. I wanted to say I did it because everything else in my life is hung off it, like a mobile; many people rely on it in many different ways. My house is warmed, via some convoluted mechanism, all somehow connected to typing. But I was doing it before all that, so I can't even pretend toward some form of covert virtue.

I would be "typing" this on a discarded microwave, in an alley, with no pants if you hadn't enabled the current configuration. This is much, much better. For everyone.