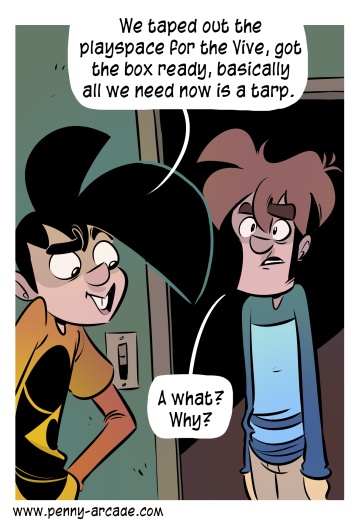 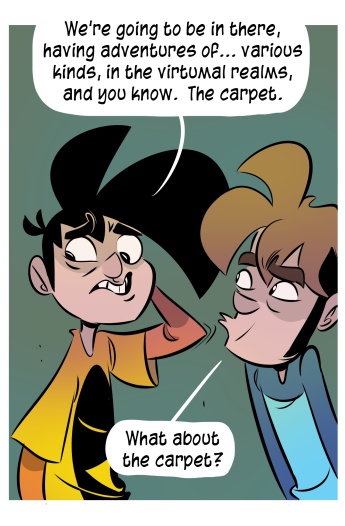 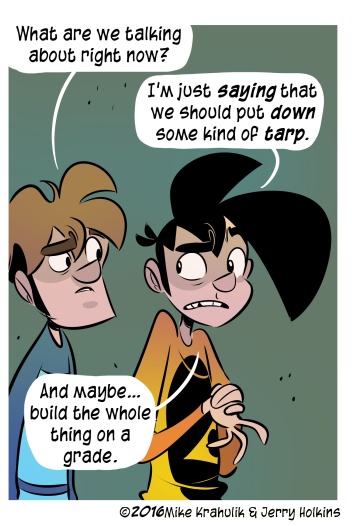 Now that we've moved everything there's just this hole in the office where Virtual Reality will exist. It's strange in some respects that we're going to "fill" that volume with intangible places, overwriting the zone with a polymorphic suite of sensory data, but it's true. It has to stay empty so it can remain empty physically but be colonized by alien stimuli and the occasional whatever Gabe wants to do in there.

The virtumal porns that I've seen, primarily on the Gear VR - a device which I maintain has a unique and compelling experience in the space, even sans boob - are nightmarish. I'm not saying that in an effort to portray myself as a creature of spiritual elevation, because I am the opposite of that. I bring the excitement and spectacle of the WWE into the boudoir, with costumes, dramatic intros, and savage rivalries. What was I walking about. Ah, yes. No, I lost it.

Oh! Right. Yeah, I wish very much that it was cool. But it's like games where you can see your arms, in some ways, and they don't look like arms, they look like infinitely long rubber tubes pumped full of hydraulic fluid and writhing as though possessed. I'm specifically talking about the arms here and not something else, but it's all fuckin' weird.

If you want to take a legitimately weird situation and extract the concentrated weird in a centrifuge, something that is even wackier is watching POV porn from the POV of someone whose body is very, very unlike yours. The opposite, in some respects, just in terms of total volume. I couldn't stick around for that one. The dude was just there… operating, relentless, not entirely conscious, and I'm glad I could just push a button and make him leave. He was just, like, a backhoe or something, dismantling my whole situation. I would not give him a good review on Yelp.

The HTC Vive kit is supposed to arrive at "end of day," but in my experience, "end of day" means "the very moment you stop actively waiting for it, so you miss it, and then say, "God damn."