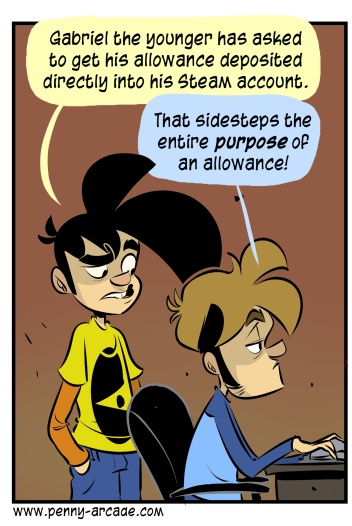 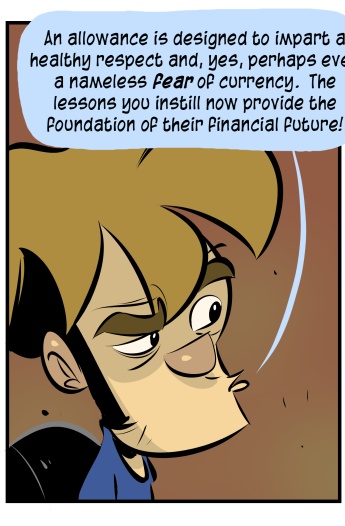 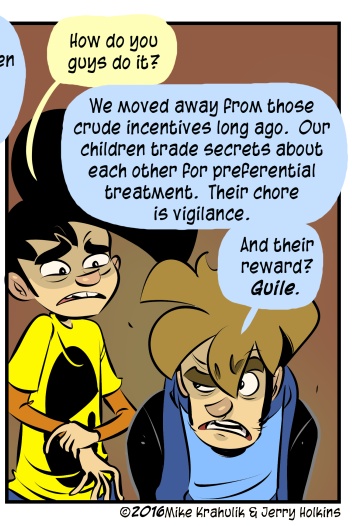 Gabriel the Younger's perfectly reasonable request seemed a vital crossing; like the first text you receive from a person you had a hand in creating, or when your daughter arrives at the better pun before you. The old rites of passage are confetti now, in a lot of ways; I have thus far enjoyed the process of, each day, becoming progressively more useless.

Gabriel's edged almost completely out of VR, where at my house it's a daily use device people actively fight over, so I've watched the unfolding of that technology at the show by Sony fascinating. Sure, I have access to the artifacts to allow entre into the Virtumal Realmz. My reach is vast; I have but to close my hands to possess them. I know which numbers are the biggest numbers and I nod sagely when they are invoked. If you asked me about PSVR, independent of which variant the device is attached to, I would start talking about resomolutions and the potential for the dreaded SDE. I'm not defining what that is on purpose - if you don't know what it is already, and maybe that's to your credit, you're not gonna fucking care.

And here's what's up: it could not matter less. What's happened here is that while Microsoft is trying to balm the wounds of Resolutiongate with their Scorpio platform - one finger of a larger metaplatform of consciously unified devices - their competitor is devouring the mental territory of Virtual Reality altogether. This is how most people are going to understand VR - as something that you attach to a PlayStation. The terror must be palpable. As it stands, the Xbox can draft Oculus in this race next year for an experience that is superior on paper, with a raft of platform exclusives in tow, but only after a full year of malevolent dominion by an implacable foe.

The upshot is that this is the most interesting generation yet, and this vigor will be refreshed at regular intervals, as though from a clear stream; we can recline with snacks while the entire hobby erupts into Kaiju-inspired antics and arcs of strange, violet energy.