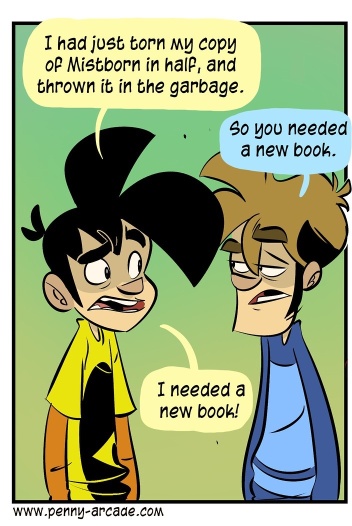 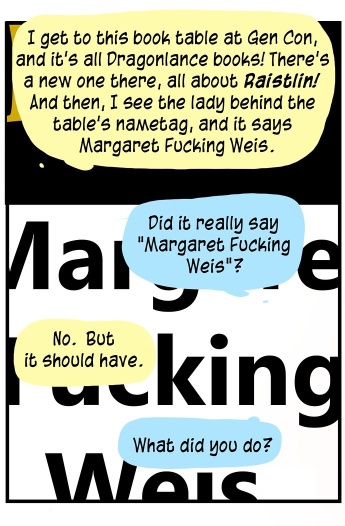 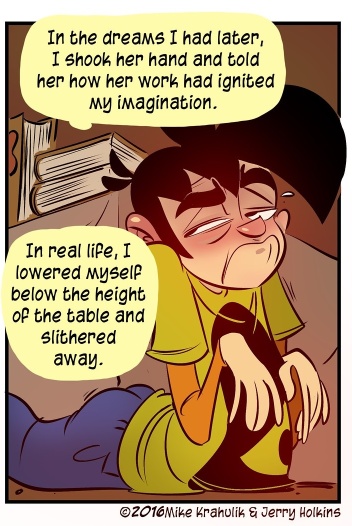 Groban was essentially leaking Gen Con tales for a week when he came back, or sweating them maybe; they beaded on his irregular surface. One of them was about an encounter with Margaret Weis. I should say that he had an encounter, perhaps. Judging from the particulars of his account, it's entirely possible that Margaret Weis - who must be considered fantasy royalty - had no perceptible encounter of any kind.

So, I filmed an upcoming episode of my ELI5 show about a game called Atlas Reactor, a game I didn't understand entirely, which made it a great candidate for explaining as though I were a child. I played through a game and a half or so with them on the show, and then I've played at least one game and probably more every day since.

I was deeply, deeply confused about what type of game it was, and I'd even installed it and read about it and done literally everything I could to be a good consumer that longs to be rewarded. I had heard that it was a Turn Based MOBA somehow, but we've got to get the fuck away from calling games with unique characters MOBAs. Street Fighter isn't a MOBA. We can get into what a MOBA is at some other juncture, but let's agree today that a MOBA is not any game where there is more than one character.

If anything, Atlas Reactor is more like competitive XCOM, but that's a garbage comparison also that gains expediency while sacrifices every other detail. It's a Turn-Based Tactics game, we can build up from there: in its basic form, two teams of four unique characters engage in turn-based arena battles. But what it means is interesting, because of how they have parsed time. Look at this:

Everybody does that last one - Move - but because these are Unique Characters, analogous to LOL Champs, you have five abilities. Four you can use right away, and a final "ult" that requires you to have generated enough Energy through your other abilities to use it. Each ability is coded to Prep, Dash, or Blast, and inside the turn they occur in that order. Most of your direct damage is happening at the end there, in Blast. Dash moves can get you out of the way, and occur before that. Prep abilities take a bunch of forms, but happen earliest. But what's key is that all abilities in a phase occur simultaneously, so there's tons of From Hell's Heart type moments from characters that are on their way out. The character I use most, Zuki, has an ability that begins in one turn and then ends in another turn. They've interpreted their way of measuring time in so many unique ways.

Different characters are more or less adept at different phases, and some don't have abilities that take place in certain phases at all. Philosophically, it's hard not to be fascinated by that. What does it mean to be a "sniper" in that context? Well, one way they've done it to to make a character salted with interesting Prep abilities one turn that lead to devastating applications of Blast abilities you use in later turns.

There's more to it, for example some abilities have the Free keyword, which means they can be used in conjunction with other actions. Each of those abilities I mentioned can be customized in a variety of ways, to generate more energy, or to apply debuffs, or some other mechanical novelty. It's really special, but little weird, and it's a scary place out there right now where making a good game - maybe even a great game - isn't enough. If I can fill that gap, I will.

And For My Next Trick