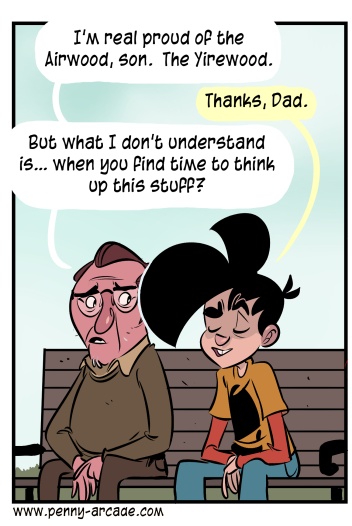 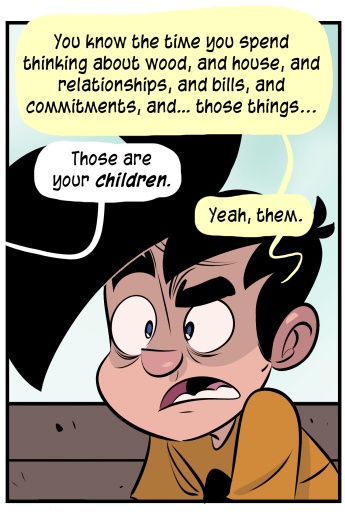 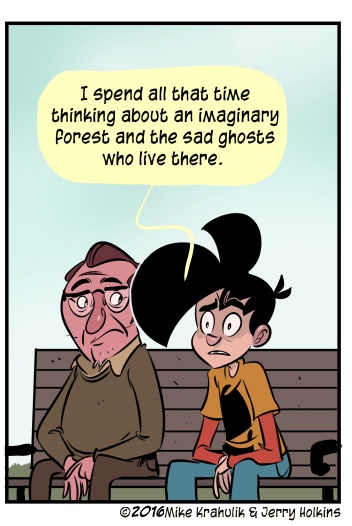 Gabz was talking to his dadz the other day, and it goes like this a lot. At root, his father was party to the manufacture of a creature whose most ordinary mode of operation is completely alien to a person like himself, one who excelled in the doing of useful things.

It reminds me of when I had the incredible opportunity to talk with Amy Hennig at PAX - and by "talk with" I mean "bask in the radiance of." We are, at root, people who hear voices. When I write, and when she writes, because we've talked about this exact thing, we are hearing and encouraging unreal people to speak to and ultimately through us. It's complex, and using language to describe it is ironically sort of tough to do.

You have to forget to not write, in the same way that Douglas Adams described "flying" as "learning to throw yourself at the ground and miss." It's a common thing for writers to be drunkards; I'm no stranger to it, but it doesn't help me write. Amy has to get so tired from trying to write that eventually she can't fight it anymore, a very Tai Chi principle I think. For me, I can't have anything in my pockets, on my wrists, or hands. If I can systematically remove distractions - for some reason, Gabriel doesn't count against this number - I start writing almost subconsciously. The voices are quiet at first, shy almost, and the world is constantly in the way.

It is a very thin line that separates the life I have from a very different kind of life, where I hear the voices and instead of writing down what they say, I respond. That line is this: I have an audience to tell these things to. I try not to think very much about what the other way looks like.