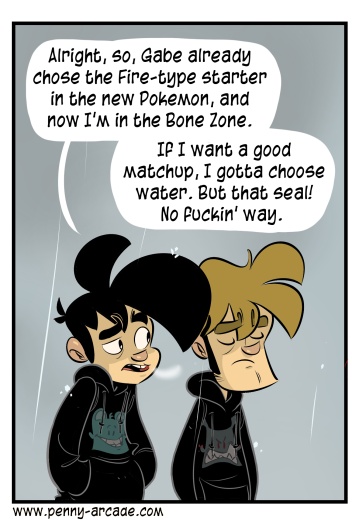 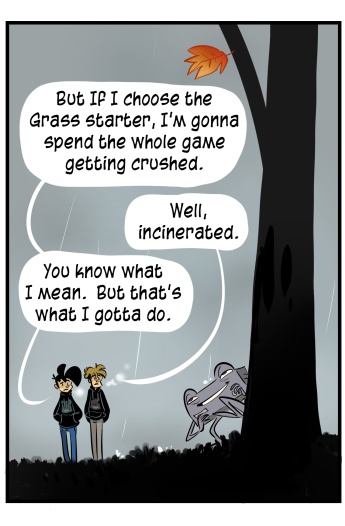 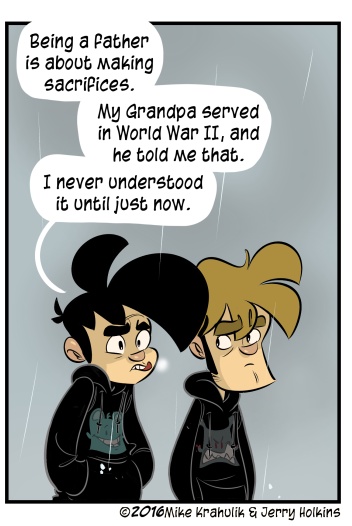 Fathering in 2016 has a unique texture. When I was in Australia, I chose not to play a game on Steam because it would have kicked my son off Minecraft: Story Mode. As I subjected myself to this nominal, almost nonexistent snarl of momentary inconvenience, I could feel myself taking on that ancient mantle. Gabriel is undergoing his own grisly trials, this time in Pokemon Sun and/or Moon, and the price he paid is dear.

We teased Pokemon Go on several occasions for not being a "game" in the traditional sense, not that this distinction kept us away from it at all. I threw mad 'balls, and I threw them sideways. It's situated at an endpoint in a continuum that the main series on handhelds has consistently inched towards the last couple iterations. I'm not teh hardcorez by any means, I like having friends who are teh hardcorez so I can see all the rad shit without its savage grind. They're breaking up the formula in cool ways this time, and they're also clearly marking the effectiveness of type matches for attacks, which… again, I'm not hardcore. Features like that are for the next generation of lifelong trainers. I don't feel like I really get an opinion on whether or not that's a good thing, I can just talk about how it works where I live.

The Pokedex (by which I mean the Strategy Guide) has always been a "peripheral," part of the gameplay, even if I technically understood the matchup. One of the best gaming memories I have consists of me sitting on the couch with Gorbachev playing Pokemon Battle Revolution with this EV Trained Dialga of his. It was time sensitive, so doing research in the book fast was, like… a skill? Imagine my pleasure. The division of labor at my house is that Ronia names Pokemon, enters battle commands, and determines the wardrobe, while Elliot rides the 'Dex for strategy, and I try to figure out how I had anything to do with their manufacture in any way. I think we're just gonna keep doing it this way. My suspicion is that it's probably gonna be fine.

The annual rituals of Child's Play Charity are well underway: Desert Bus For Hope brought in an amount - $694,560.00 - that would require a thesaurus to fully contextualize. But, listen: Child's Play is always going. And another key ritual, the Child's Play Charity Dinner & Auction which is the best, is ready to roll. Need a couple tickets, or a table for your company? Have something you'd like to donate to the auction - something you think might turn heads? Maybe it's some kind of antique head turner. Information for tickets and donations can all be found here. We accept all treasures, and have developed a process where we transform these treasures into moments of comfort and camaraderie for young people in need of both. Come be part of a joywave that starts here in the Pacific Northwest and then laps, with gentle purpose, upon every earthly shore.