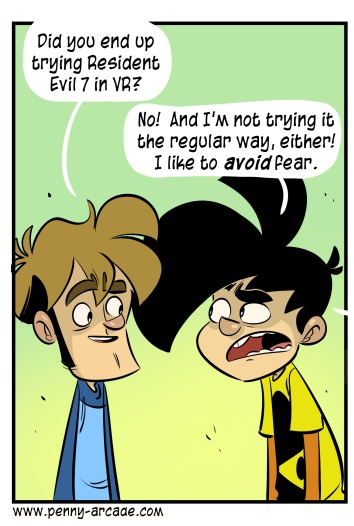 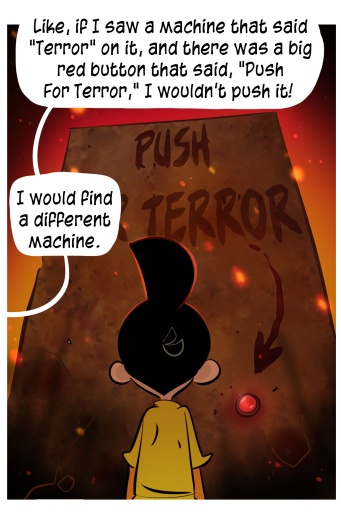 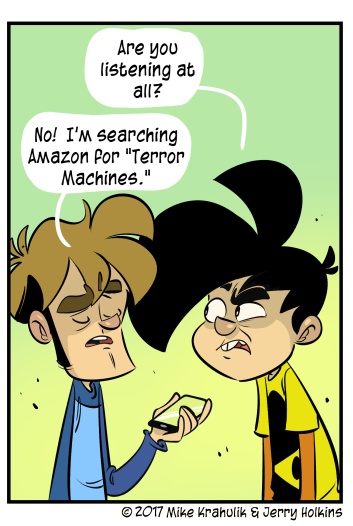 Monsieur Gouribeau and I used to play through every Resident Evil together. Occasionally a dog would jump through a window and he would jump and I would jump, but I didn't actually understand what was happening yet. He was jumping away, and I was jumping toward.

There was a kind of ironical sheen that used to cling to the franchise. My favorite was always Code Veronica, where new technology and new storytelling tried to create a different experience for the player. The games eventually got too scary, too authentically scary, some combination of intention and fidelity put it past him altogether. He never went for Silent Hill because the type of scary it is starts by peeling up your fingernails. This fear is not about the destruction of the body, though that is almost assured; this fear is about ideas. I always just assumed he'd go along with me for 7, kept asking him about it, had he tried the VR demo which is fucking awful, and he was just, like, no man. There's all kinds of poison I don't eat.

I'm always a little surprised to learn that we are not the same person.

The way I've tried to describe it to him is that I actually need these experiences; I need to be expanded in various ways, and on various axes, if I'm going to have the tools I need to to make stuff. As a result, I have defenses he doesn't: an instinctual way of systematizing input. The sensations don't come all the way through; they're gated by some mechanism I don't one hundred percent understand. It's always been the case that I feel as though I'm experiencing things second hand, from a remove; always The Ordinator apportions and selectively applies consciousness. For example: Dabe and I were eating Hot Sauce to entertain people on the stream, and it tripped some kind of fight or flight response in him that ultimately melted away into something like "i love you, man" inebriation. I ate it and determined that it was new. When it got to Mad Dog 357, so named because it clocks in at 357,000 Scoville units, I paused for much longer than I thought I did at the time, but I was not destroyed by it. I was fascinated by it. It was something like what another person would call pain, but that's not how it parses. It… hm.

I think I'm going to stop there.