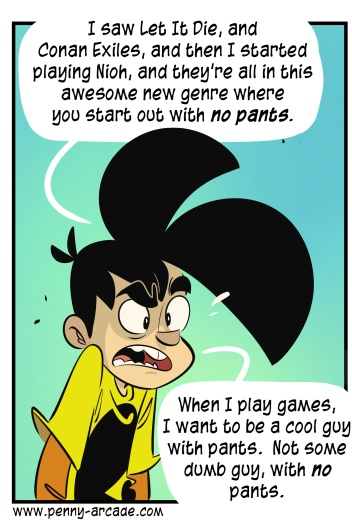 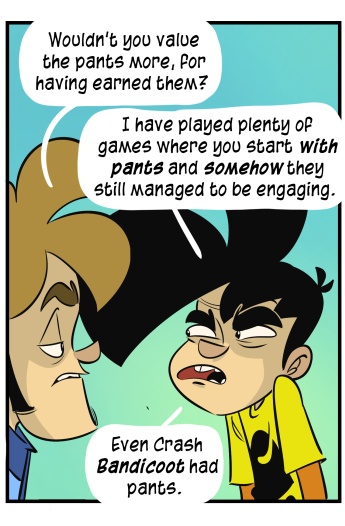 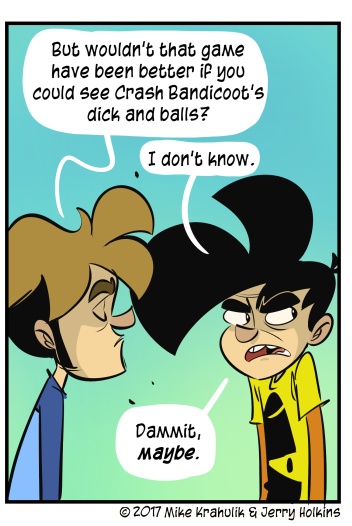 Beat-the-shit-out-of-players survival games are a thing, an entrenched thing, and making players naked and terrified is just an outward manifestation of the mechanical goal, I suppose.

I played through the customary first fifteen of Nioh when we were Twitching First 15s, and I hope it's not a spoiler to say that the first fifteen minutes of Nioh - maybe as much as the first hour - aren't representative of the game in any way. To the extent that, like, I don't even know what it's doing there. Maybe it's one of these things where it bubbles up later or something, who knows. Like Let It Die, there's so much going on in this game that the launch phase ends up with this odd, staccato cadence. Like Let It Die, Nioh it's completely worth it, but these teetering intros in either case washed Gabe completely out. His philosophy is that "if you have something good, let's fuckin' see it." My doom now, and always, is to understand everyone's point of view while thinking they're all basically wrong. I must catalog it constantly. Sleeping is difficult.

I'm about to get seriously back into Dungeon Mastery, and so of course the Wyrmwood Magnetic Game Master Screen was dangerously, perhaps even despicably well-timed. I heard about it because of Tweeter. Now: also on Tweetro, a lone voice was heard crying out, saying "Wouldn't It Be Cool If I Could Get The Acquisitions Incorporated Sigil On Them Woods," and we totally agree. Plus, we know those guys, I see them at PAX all the time. So, let's do it.

The way they've got it set up on the Kickstarter, you can get Kiko's super cool logo on any piece you want just as an add-on. Take a look!