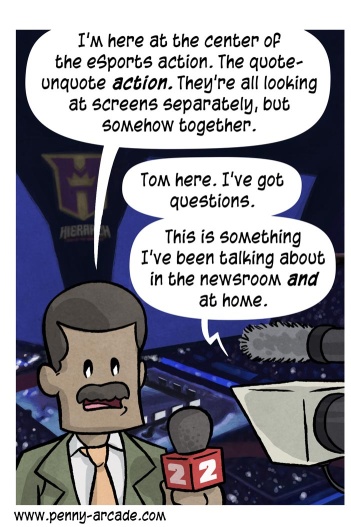 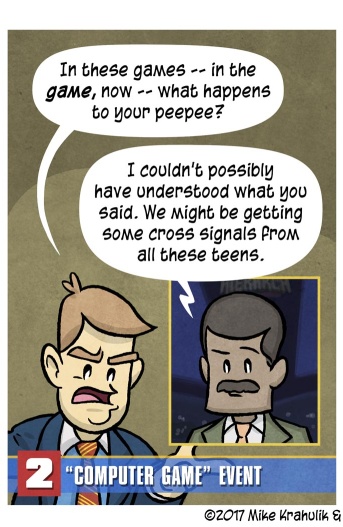 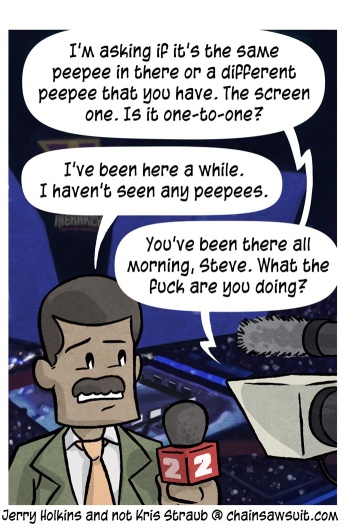 I always have a good time working with my friend Kris Straub; we've been working for years to find a project to do together, and it happened sort of without us realizing it - with AcqInc: The "C" Team. I didn't realize that's what we had done at first, but we have three solid hours or so a week to make a story together now, we just do it in real time and he doesn't know a hundred percent of it. His entire character is an ironic OC Self-Insert called "K'thriss Drow'b" that he tucked into his intro videos for Acquisitions Incorporated, and - as is the way of these things - it became a truth. It's a thing. I have been in at least three bands that started as jokes.

That's how you end up with a name like The Righteous Corn Farmers.

We needed one extra strip to get through Master Krahulik's absence, and I'm glad to say Kris was able to lend a hand. There's a podcast that'll come out that covers the manufacture of today's delight, which appears to follow a common theme around here these days: which is linguistically impenetrable cultures gaining enough stature (that is to say, being worth enough money) to be of even casual interest to the wider world.

If you are bored and or lonely this afternoon around 2pm PDT, my battle-brother Kiko and I will be ladling up semi-competent PUBG for your delectation on the Twitch channel, which has been a blast lately. Yesterday's episode of our brewing show Acquisitions Intoxicated and the third chapter of co-op Lovecraftian mystery Mythos Tales were a blast, and might provide you with good company.