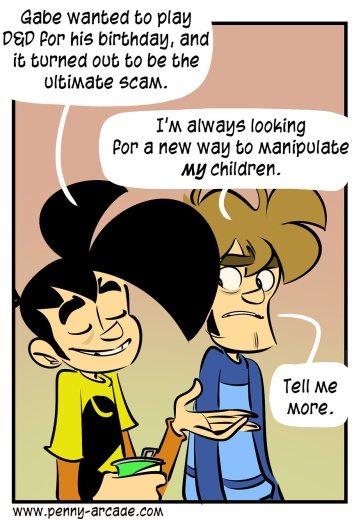 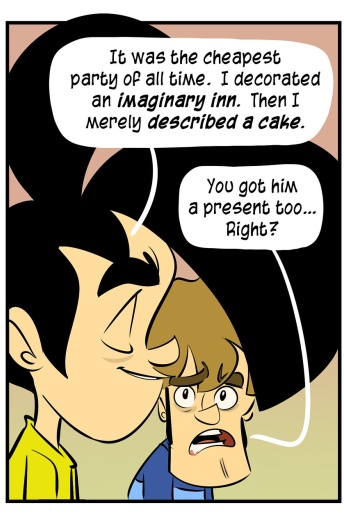 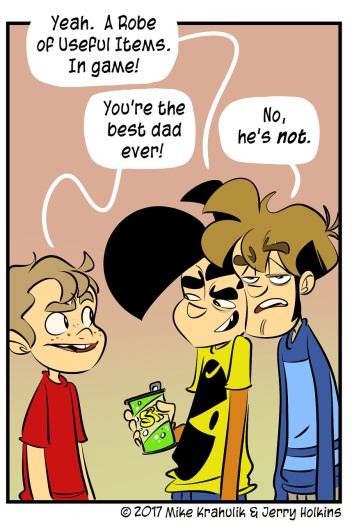 Stripped of its makeshift ironic armor, the events of the strip are quite true. A father hand-made a custom universe for his son and as a result Hearts got warmed.

This is not what happened at my home game. What happened in my home game was that they stumbled upon an old peddler in the woods who was delighted - delighted! - to learn that their parents had gone missing. His cart was full of bones and his shabby tunic was dusted with the dust of the GRAVE!

A couple videos we have had MANY requests for are now available for your fervid watchings. The first is Acquisitions Intoxicated. Streaming absolutely, regrettably LIVE Tuesdays at noon PDT, we craft craft beers ingredient by ingredient with the help of the channel, and then we brew them live on the show. I also occasionally pat the grains with affection because I'm convinced it creates superior head retention and a creamy mouthfeel. In any case, come by live to help with the recipe, or catch up with the show on YouTube, like so:

Also, Josh just put up the Acquisitions Incorporated Live Game from PAX West 2017. Many, many people have suggested it's our best game yet. I know that I had a lot of fun. Let us know what you think: