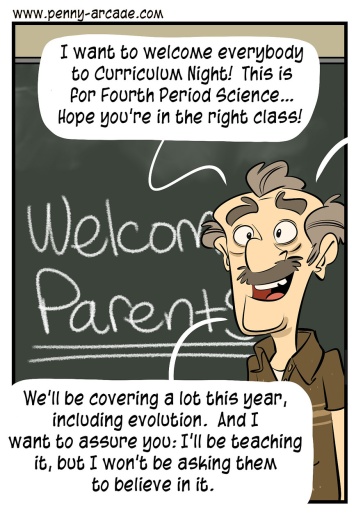 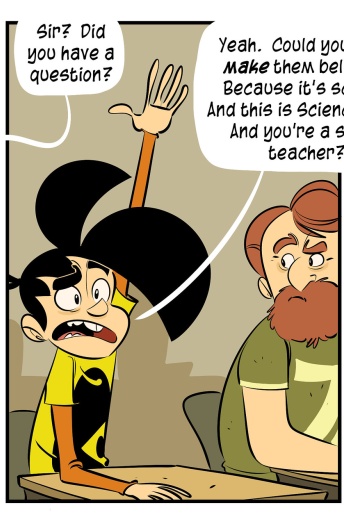 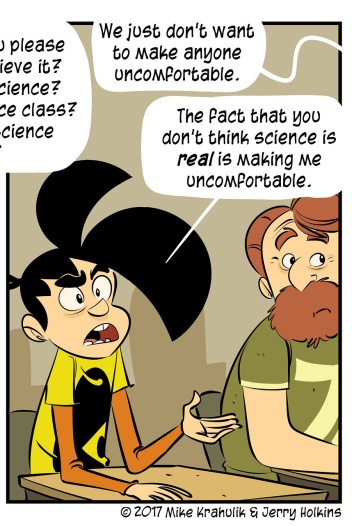 Gabriel mostly sat in confusion after the comment at Curriculum Night; he doesn't really start or maintain beef in realspace.

What you think isn't political - that is to say, what isn't up for debate - is really just an index of your politics anyway, and quite a robust one. For me, I don't think teaching science in science class is a political act. I grew up in a house where "teaching evilution"... Well, the fact that we called it Evilution is probably enough information to glean the subtleties of the position. I live and let live as right until the point at which you start teaching children that we get to choose our facts. There is some shit I will not eat.

I went to an SCA event called Banner War this weekend. A lot of stuff happened, and I remember a lot of it, which puts me in a good position to relate it. For example: I wasn't aware that, in addition to any mundane principalities I might be party to, I was also a subject of An Tir. There is another version of the World which lays its domain upon the one you know, and is carved into various baronies and whatnot, and no doubt there are laws and rules of which you are dreadfully unaware, which is to say it's like any other day.

I was invited and thus absorbed into a larger Household for my first event, a group that has been doing this for a very long time - and, crucially, a group that already had a bardic poet-warrior type guy. In the same way that I always embody the Healer, whatever form that might take, the rhyme weirdo is generally my role. I slot in there real well. I had to figure out somebody to be, so I went with amiable barkeep.

We had three kegs of beer from Acquisitions Intoxicated on tap, and they didn't last twenty-four hours. Omin Dran's WAR PRIEST made believers out of guest after guest who claimed they didn't like dark beers or IPAs. When the War Priest had given its all, we tapped Jim Darkmagic's Velvet Cape and got whisked away on a silken-ass Mouth Journey. We expected "spice" from the mild Tettnanger hops, but a hint of it - nothing clear or present. This tasted like a rich cinnamon tea, but without actual cinnamon, which would just sit there on your tongue all cloying and gross. When you drink Velvet Cape, you feel like you're getting away with something.

Three gallons of it didn't last until noon.

A big part of this whole thing is drinking, as near as I can tell, and it's reinforced at various levels of magnification. Toblero is an SCA game that you play with tiny, beer-bearing cups; there is a variant called Toblotto (apparently) which involves spirits. At a more intimate level, it's not uncommon (read: "it is very common") to literally wear a mug from your belt on a button-loop everyone called a Frog. You wear this precisely so you can drink out of it. Some people have drinking horns hanging from their belts, you know why. I got roped into some kind of Drinking Relay Race against a notorious house called The Gremlins; this was a tactical misstep. You're supposed to go down the line finishing glasses and passing a metaphorical baton to the person next to you, but my fellow in this case began drinking his immediately. I didn't learn until later that he had simply leveraged his "ignorance" in the service of free drinks but I suppose that is neither here nor there.

We were surrounded by perhaps fifty people. Because we had to start over, I accomplished my feat for a second time - but the Gremlin at the end of the line opposite us drained a glass in a terrifyingly short span. I think there's something wrong with his esophagus and he should talk to a DOCTOR. I turned around to the people behind me, as if to say, "what in the fuck" but a woman shrugged at me, saying, "He is a Gremlin. I make no apologies for my house."

I told a couple kids who'd acquitted themselves quite well at the Bardic competition that they'd done a good job, and they both curtsied and said "Thank you, milord." That's not a customary part of my life.

People engage with the overarching "fiction" to the degree they are most comfortable with, but the baseline level of engagement is very, very high. My daughter Ronia has reached the phase many young Harry Potter fans must where she speaks in a "british" accent most of the time, and she'd flip the fuck out. Some people just knit all weekend, I saw it. Some people call passing cars Dragons. I played Hero Realms at midnight in the middle of the woods. There's a point on this continuum that anyone would like I think; I'm just figuring out how hard I want to go next year. Like, on the Mohs scale. My guess is very, very hard.