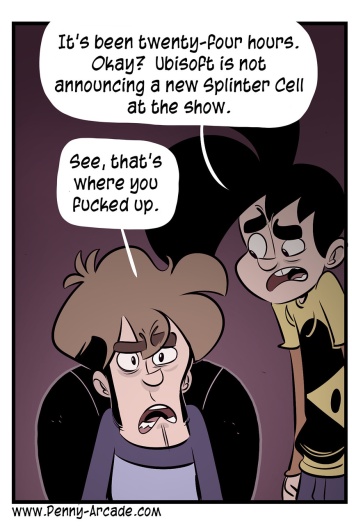 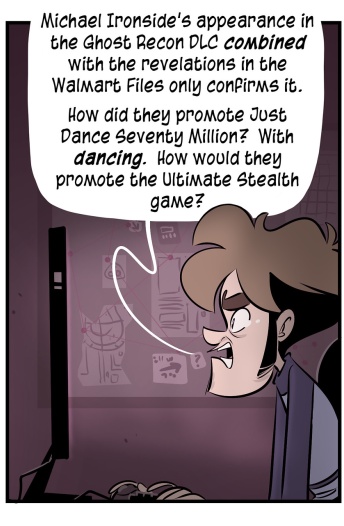 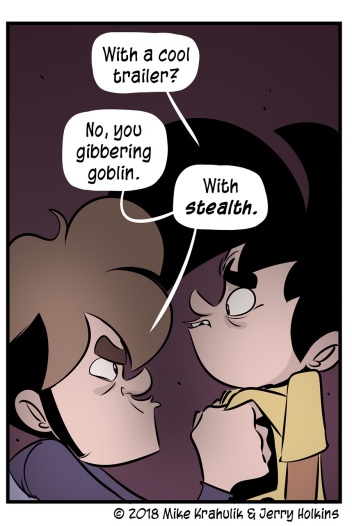 I know intellectually that I like Splinter Cell. I always have. For your use, my favorite Splinter Cell games are Chaos Theory and Conviction. But I didn't remember being fucking insane about it, possibly because it's been gone so long. But I might be. I might be cuckoo for a very particular brand of Cocoa Puffs.

I chose my handle because the man was full of incongruities, ones you have to contend with - you have to muck around in the gullies between them and fashion little bridges here and there to hold him in your mind all at once. There's something like that going on with this game: there's installments I don't really think about, it's got installments that - depending on the platform - are completely different games. There's moments I think about, often, more than a decade later.

Splinter Cell reinvented stealth and then reinvented it again. Conviction had to be remade from the ground up - but you'd be hard pressed to find an action game at Ubisoft since then that wasn't informed in some way by the course they charted. I thought SC at E3 was more or less a done deal after the Walmart Canada leak, the leak that brought the gamer so much, to the extent that when I saw some green lights on stage I audibly gasped. I knew I liked it, but I don't think I understood the actual threshold until that sharp intake of breath. I need more and they're the only ones legally able to give it to me. It's sick but this is who I am.

We spent a decent amount of time playing Paladins on the Switch Yesterday, and even though the current version loads kinda slow and previews for characters aren't real snappy, the game itself plays… I mean, this is Paladins. This feels like the game I was playing the night before, at home. I'd say go grab it, but the only version they have available right now is the pay version that comes with all the characters and you might prefer to try out the free version they'll release later. But my experience with it there tells me that The Switch is going to be an incredible home for this game, this genre, and this developer.

We were gonna try Fortnite on there also, the Switch I mean, but Gabe couldn't access his Battle Pass and all his shit from the PS4 because when you link your Epic account to your PSN account it affects its portability to the Switch as a platform. He's not going to play and not get anything. Unlinking it doesn't even work. It's like when you make a decision early on in an RPG, like… to steal a rug or something, and then you get all the way to the end and you find out the enemy is made of rugs or some shit and he's been pissed off the whole time. You might have made a different choice, if you'd known, metaphorically, about the metaphorical rug.

Microsoft has every reason to be amenable to a kind of digital Shenghen Zone, they've taken a beating with the Xbox One and can only benefit from access to a larger competitive community. Sony has nothing to gain, and so they've maintained the walled garden that before this generation was the expectation. I knew this policy would affect matchmaking, to be sure. But it never once occurred to me that it might affect the ability to access a third party account.

It's not even clear who is responsible, exactly; all we know is that everybody else plays nice. People are assigning it to Sony's stated policies on this kind of thing, which is not unreasonable, and it's the first time in a very long time we've seen Sony take a black eye on anything.