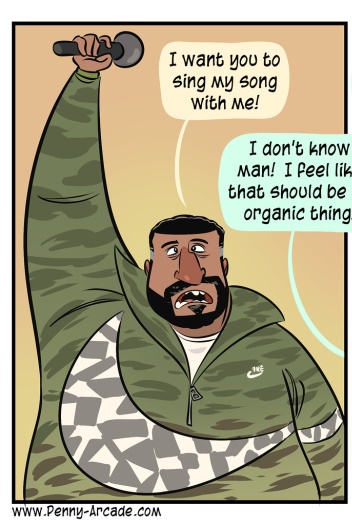 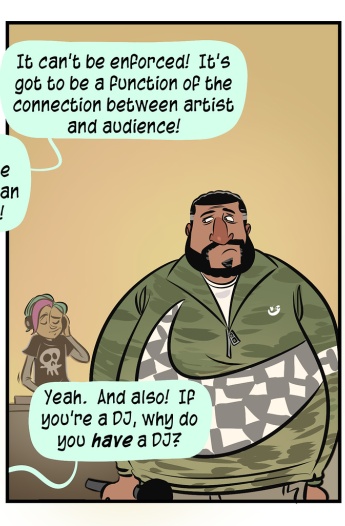 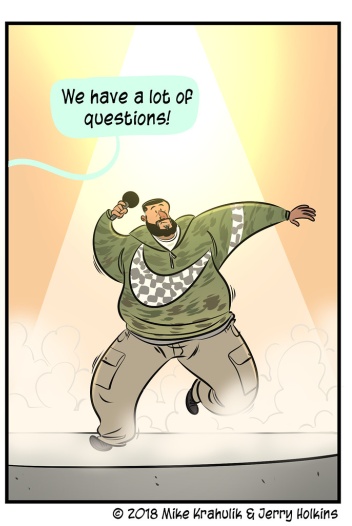 I was going to say that I don't know why a brand as massive as Blizzard would court the mainstream with this type of horseshit, but it's a dumb question with an obvious answer. Though I suspect there are two answers: the first one, that the mainstream has a lot of money, is relatively straightforward. The second, that there is something in the soul that cries out for recognition, for transmutation, to cease being the settled for wooden simulacrum of a boy and to instead be made real.

It's a shitty goal, and I don't know why - outside of some kind of unresolved trauma - you'd even seek it. The success you see "down here" - the kind of wealth and relationships you can build by "settling" for the people who actually like your shit already? It's called success. They trundled out DJ Khaled to writhe around to some ringtones in front of a stadium that was already there for what they, themselves make. DJ Khaled's job is literally to say his own name over and over. Jeff Kaplan is cooler than DJ Khaled. He's substantially more relevant to my life.

The lie that the mainstream represents culture's final form is precisely that. Its purpose is to domesticate culture, to manufacture a kind of secular church replete with inescapable catechisms. I'm good, thanks. I'm fuckin' good.

Microsoft finally got on with the Xbox 360, despite the enormity of its unforced errors and hardware determined to commit suicide, and then they got the great idea that the community they'd built with best-in-class services was best not as a reliable base but as a wedge into some imagined mainstream paradise they'd seen on ayahuasca. The 360 got progressively worse as a user experience until ultimately it metastasized into the Xbox One, the kind of profound own-goal that scars a generation of engineers, marketers, and developers. I get the fantasy. And I know why you'd want to indulge in it. But, it's like I said at the time: you'd think a motherfucker would learn to simply be content with Godhood.

Panel Submission for PAX Aus are closing August 5th. At least, here in the US. In Australia they're closing August 6th, because of the strange phenomena that surround that mystical land. I think these are both the same "day" in the cosmic sense. In any event, this is your last chance to get a panel in under the wire, so don't wait another moment: the vast majority of panels at every PAX are manifestations of the community that attends, and this is how.