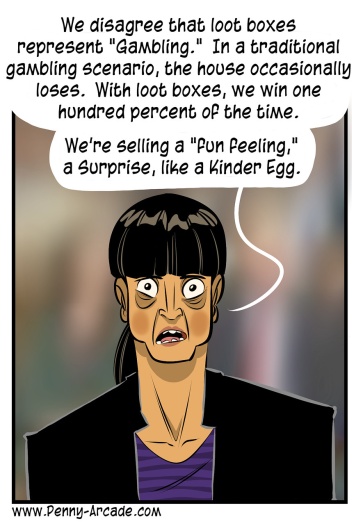 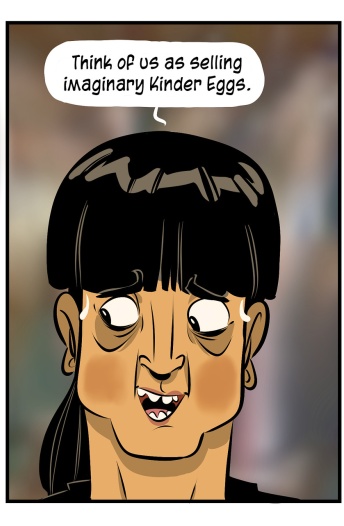 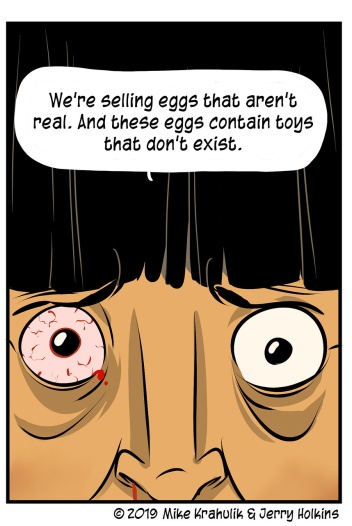 There is a very long but also very interesting session of Parliament where a person from EA talks about what it is they actually sell when they sell loot boxes.

Generally, if you listen long enough, people will tell you everything about themselves. They will tell you things they don't want anyone to know. Not necessarily in words. They might talk around it; they might omit something they want you to believe is unimportant. They create the linguistic equivalent of lost wax casting - a little hole in the narrative so obvious that its entire shape can be seen.

But this video doesn't even require such deep bore sampling. These companies are terrified. It's quite possible to advocate for their position, but they don't know how. They're acting in a way that begs for further scrutiny. And they will get it.

Hey, so I'm learning how to play these Auto games, I mean like Auto Chess, not like a car thing, and Amy The Falcon wanted to learn how to play too. Being such a proponent of Idle Champions I suspect there'll be some very novel overlaps, and I'm also sure I'll learn some interesting corner case stuff from the channel if I play it on Stream - so I think I'm gonna. The one I've been playing is DOTA Underlords, not really a Dota guy but they finally got me it looks like. See you on the stream at 2pm PDT.