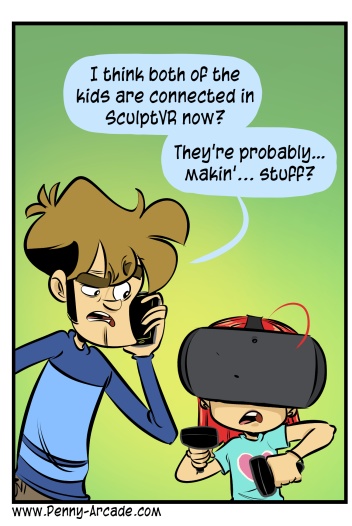 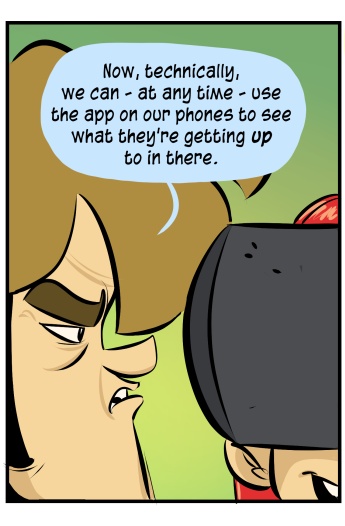 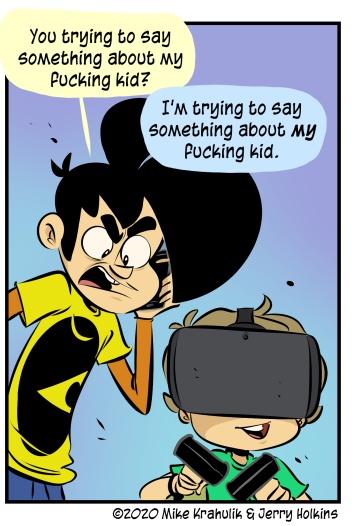 I can never figure out if VR is a thing or not. I know a lot of people who make games, so I'm glad that - at least for a time - platforms and publishers got it into their heads that they should give those people money to chart and contextualize that trackless expanse. But I also saw the back half of it, where even a multiplatform VR game built on a globally revered license can't pay for itself. So, you take that money because you're not, like… dumb, but it's typically not going to build any kind of stability for you long term. These are the calculations.

We've been checking this stuff out since the beta of the Vive around here, for a time it was recognized in the neighborhood that my basement held something akin to a mystical Wardrobe through which adventure could be secured. And even these experiences, ostensibly contained within the headset, were made social by the fact that we can all see it on the monitor and be in there with them.

One of the weirder things about VR is how little the brain requires to recognize a fellow human being. You'd think that, or maybe I'd think that our brains would have a better rubric for this - we'd want, like, a specific silhouette. But no. You can look like fucking Rayman, a hovering torso with discrete, independent hands and a head bobbing above it, and your brain is like, "Yup, that's Steve." So we threw Ronia and Noah together in a shared, virtual space called SculptrVR where they had the chance to see someone their own age in a way their brains can detect. And I was certainly curious about how it was going in there, what profane idols were being reified, but no.  We can model some boundaries here while we're doing everything else.

If you aren't sure where things got to with VR - a word that I insist be pronounced vurr - it sorta got to the Oculus Quest. All the sensors are built in, as is the computer. You put it on and go away. But you can also plug it into your computer and utilize that broader library. I spoke to the person I trust most on this topic, and they broke down the pros and cons:

- Manufactured by a proto-cyberpunk malefactor whose aim is to section, stack, and commodify the extremes of human emotion toward an objectively worse world for its inhabitants, providing bad actors around the globe turn-key access to a mechanism that impedes functional democracy 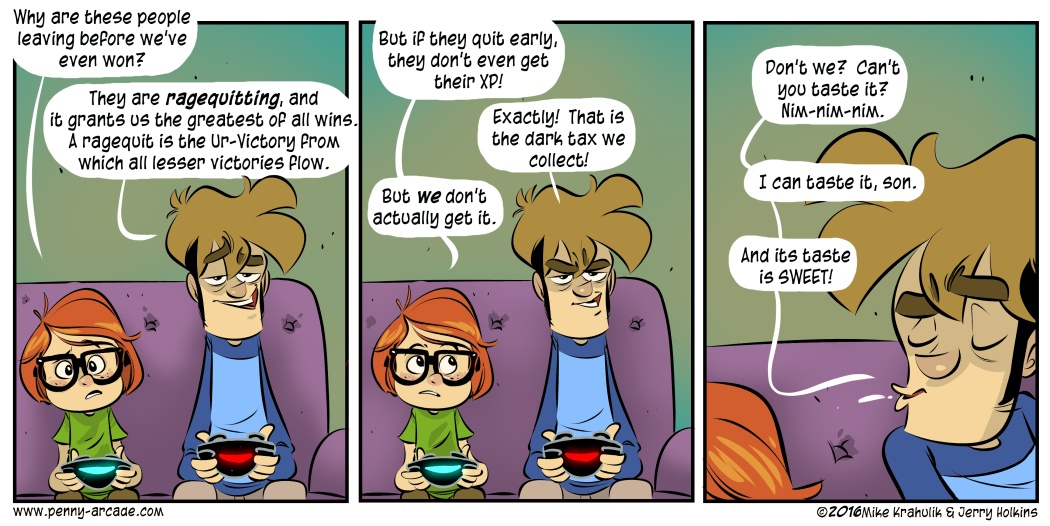