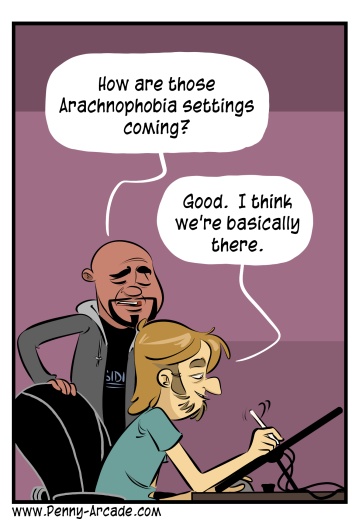 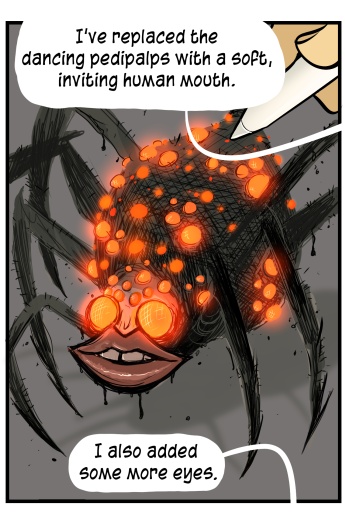 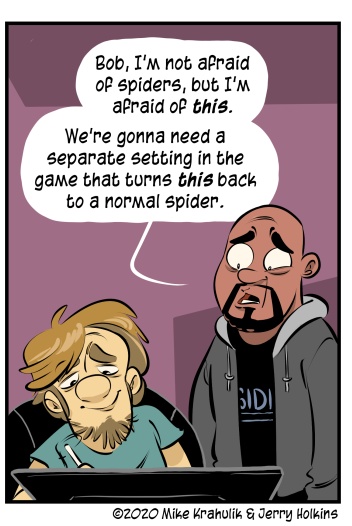 I really can't tell you how surprised I've been by Grounded. I mean, technically I can. I would use words. I guess I do things like that a lot. Maybe if I sort of chew around the concept I can get to it.

The main thing I thought when looking at it was that I was receiving some kind of a signal from them about what I could expect from the level of crunch. It's Honey I Shrunk Les Enfants type shit. So maybe it was gonna be something like an Entreaty, where the calculation they made was that if it looked a certain way it would invite the broadest possible category of mortals within. But in a G. I. Jovian sense, that's only a portion of the battle - somewhere between forty and sixty percent. Then, once they get in there, assuming that our lure has been successful, are we talking about something that, mechanically, doesn't really have a perspective? Because I don't want something broad there. I want something to test myself and my friends against. I wasn't sure if I was gonna get that from a game where you stand dwarfed by a juice box.

That's not what it is. In its Early Access state, it's kinda like… what if you got shrunk way down with your friends, but, like… for real. To my mind, I would say that a game that looks like this but plays like this - that is to say, looks like an afterschool cartoon and plays like SERE Training - would not be a good investment for a publisher. Grounded is part of a paradigm where the traditional physics of the space don't exist in the classic sense. I'm talking about Game Pass, like everybody else. It enables a little weirdness. It's not Zero G, but you could make a bet sometimes. Half-Life: Alyx is pure madness as a product, but was enabled with the use of Valve's Anti-Gravity Device. For anything first party, Game Pass offers an ablative property to anything created under the umbrella.

The only thing I didn't like about Grounded, and obviously this is my own fault, but their ants are too cute and also I am obsessed with ants, so I don't want to kill them. I want to befriend them, win their trust, and ultimately prostrate myself in service to their winged matriarch. I don't know what category of problem this falls under but as problems go it's pretty silken and luxuriant. Still gonna play it. I hate spiders as much as I love ants, but in a way that makes spiders cool and effective opponents as opposed to sources of terror. I think it's amazing that games like Grounded and Satisfactory have their own ways of softening the edges of that, even if I still find both of them sort of scary in new ways. Grounded, after enough sliding of sliders, turns them into something that looks like a Spider's Ghost, which I like even less. Though I suppose it could be worse.