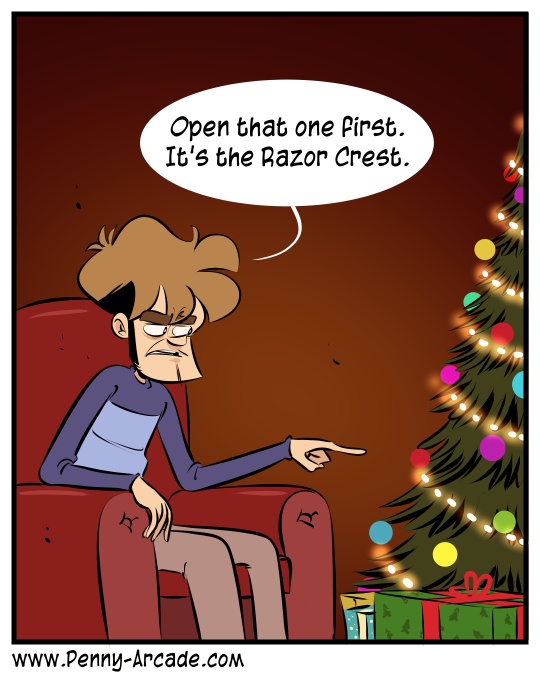 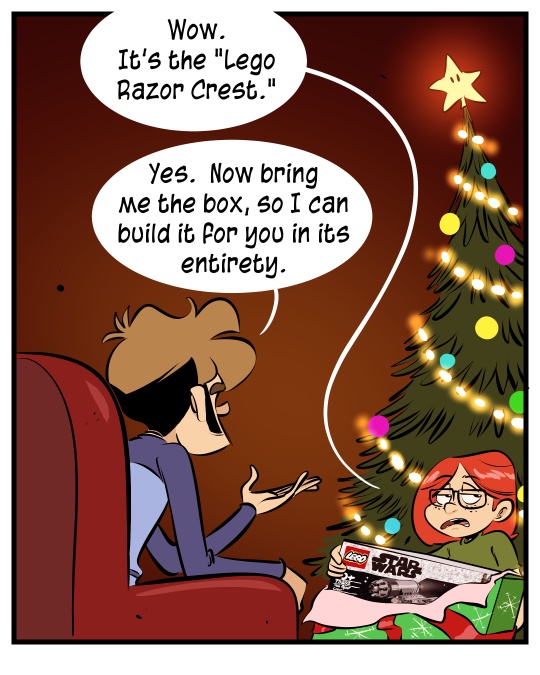 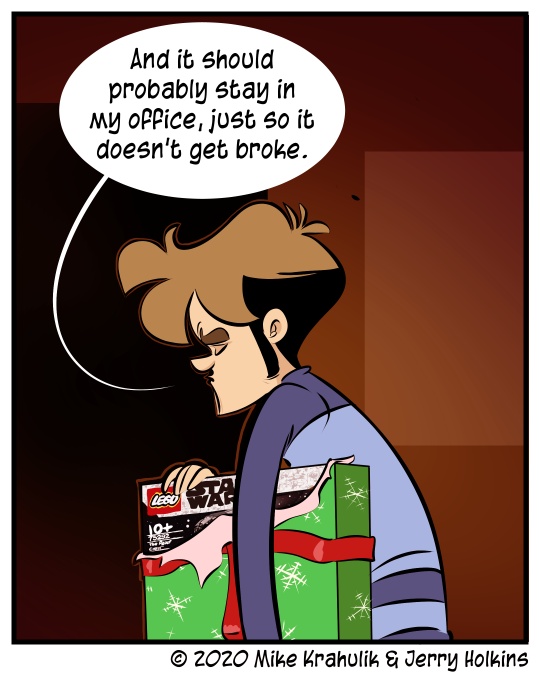 The Razor Crest is a really cool set, with many creature comforts, but if you didn't decide that you wanted it a while ago you are now subject to the same Chaos Winds that have made 2080's cost the same as a 3080 and a 3080 cost Fuck You.

It should be firmly established that the events of the strip are almost literally impossible. At any rate, they've never happened up to this point and a stream of bumpen substrates has flowed through this house for more than a decade in an unceasing, foot-shredding torrent. People know to get me Lego sets, and they are well received, because Lego sets kick ass. But I haven't had a chance to build one of them for years because my eldest asks if they can build them and I say yes one hundred percent of the time. As much as I enjoy it, they enjoy it way more.

I hope you've been able to assemble some kind of a Christmas thing this year, even if it doesn't look like it might usually look or feel like it usually feels. It's been a comfort in some strange way to have a house full of Gen Z wastoids, creatures seemingly designed to surf upon the Stygian wave of the end times.