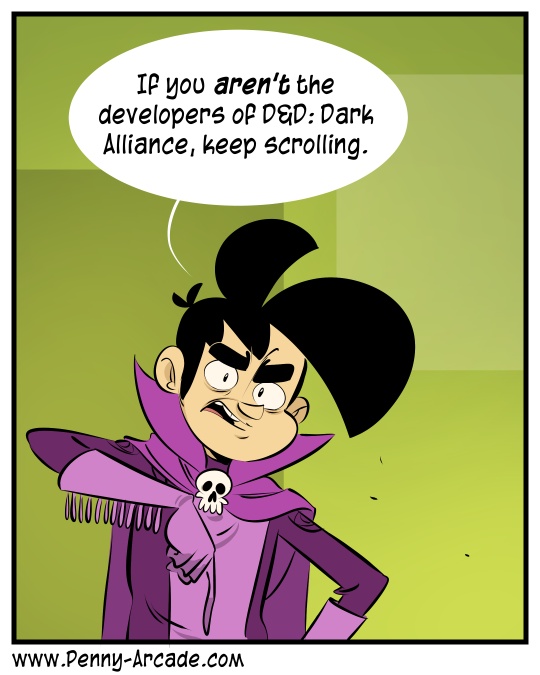 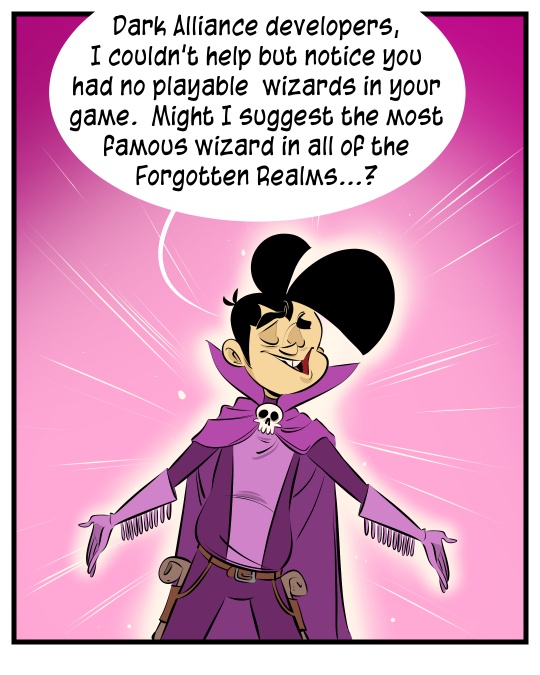 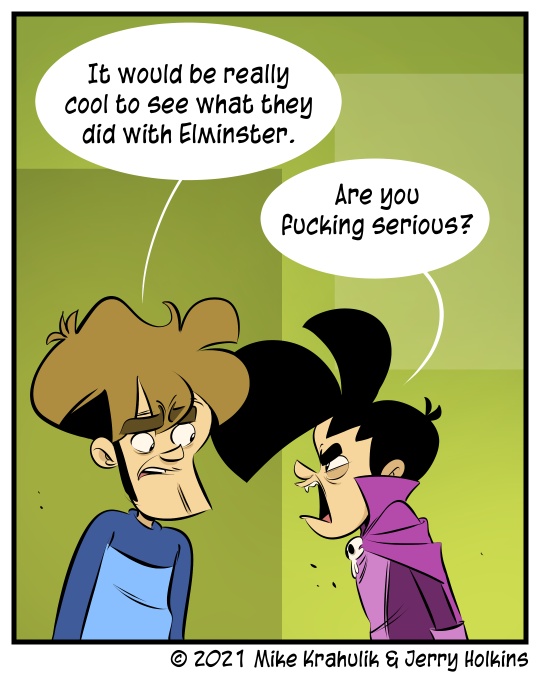 I played the first Dark Alliance games approximately one billion years ago on the Xbox; I recall very specifically that I played the second one on my computer monitor, because it was a co-op game and computer desks aren't really set up to have a second person at them so it was kind of a pain in the ass. I had Neoya's X2VGA adapter and, like, multimonitor switchbox and shit. It was nice to have a full res picture but the main reason it was in there was because Crimson Skies was always saying that this person or that person Had The Booty, over and over, and Brenna decided that hearing this phrase with such frequency had not improved her life.

I also recall that we broke the second game over our knee; we were running around with the haste spell on all the time and it transformed any hint of brutal martial sludge into ridiculous, Vine-ready slapstick.

I don't have the new one, so I don't know if it's good. It was added to the Game Pass catalogue by surprise a couple days ago, so I guess that's sorted. I know that the modern incarnation went from that isometric thing into the third-person thing, and third-person action games tend to have a very stark division into "Masterwork" and "Why Was This Made." It's not easy to do. I guess I'll find out in twelve hours. But! If they'd like to leverage a certain wizard, obviously, hit us up. I mean, he's already in Icewind Dale. Plus, he's in jail. So you wouldn't have to pay for travel or accomodations. Savings like that, it's like… can you afford not to do it.

I spent Father's Day playing Roguebook, more or less exclusively. That hadn't been my intention. I was thinking I would stream it for a second and then I would not stream it - I would enter that unstreaming space, where anything is possible. What happened instead was that I streamed it for longer than I stream anything. I didn't know it had been a Kickstarter, I sorta got spooked off videogames there, but maybe I should stop doing that. The company that made it, Abrakam, also made an incredible digital CCG called Faeria that accomplished something really interesting: switching from the free to play model that is more or less synonymous with digital cards to a premium model - similar to the one Fantasy Flight uses for their living card games. It's more humane, perhaps, than the alternative.

I'll talk about it more this week, it's gonna take some doing, but either one of those games would be a good friend to you. If you want to collect beautiful things and chart your own destiny inside of a painting that's a vibe they have locked down.