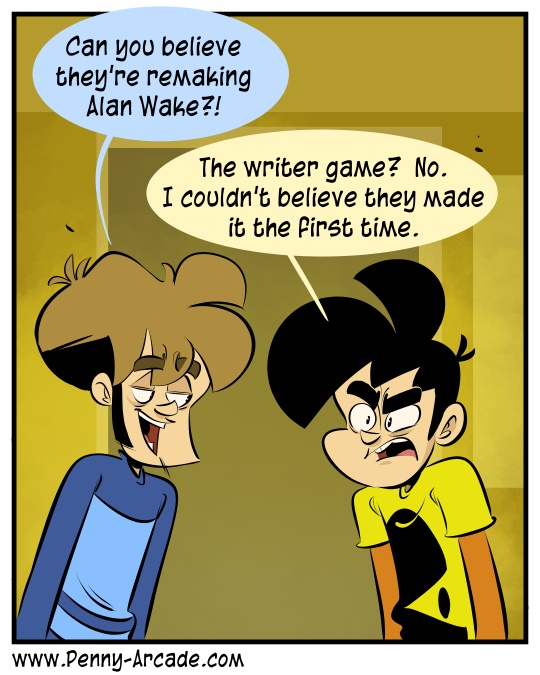 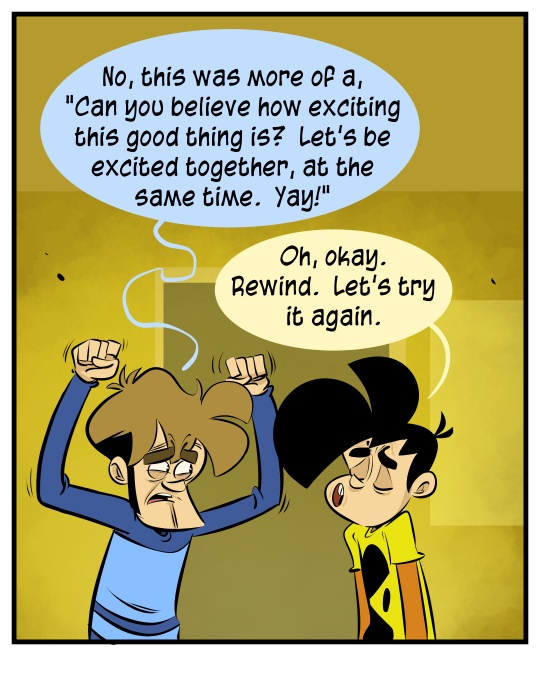 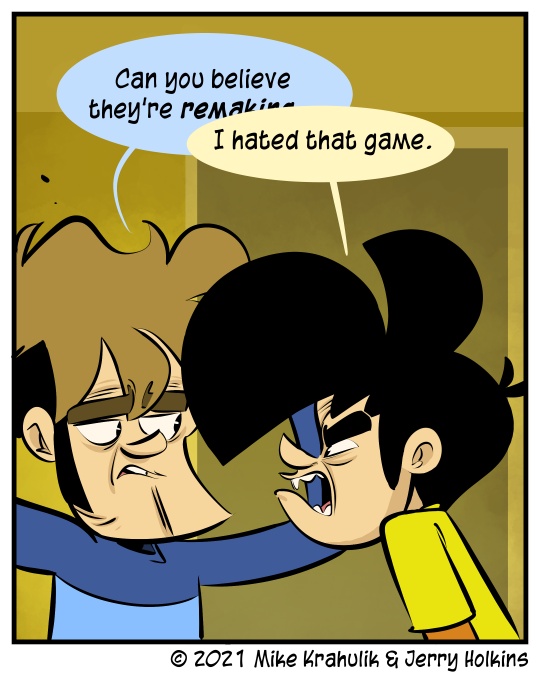 Kiko and I have never vibed on a game harder than Alan Wake. Mass Effect was big too, but that rolled in Gabe and a couple other people to compare choices and timelines - Alan Wake, for whatever reason, was just for us. We discussed everything chapter by chapter, like a book club. We watched the fucking webseries! I linked it there, but I haven't seen it since then. Maybe it's actually bad. I don't think so, but the mind is a fragile instrument.

I don't really buy remasters for the most part - and I guess that's "buy" in both senses of the word. I don't purchase them (definition one) and I don't accept their veracity (definition two). I'm amenable to the idea that they might be good for other people; I can see a scenario where the first one doesn't actually work anymore, or we've entered a window where the canonical visuals of the game are inimical to enjoying it in a modern context. Perhaps it's because the character's face is stretched ghoulishly across only four triangles or something. I don't know.

I understand as a factual matter that they put out all the Mass Effect games again, but there's no universe - and that goes double for the one we currently inhabit - where I replay not one but three games I've already played, let alone purchase them. There's too much interesting new stuff all the time from people I've never even heard of before. In the instance of Alan Wake: Remastered, I'd be more likely to investigate Control's "Expansion 2: AWE," which is essentially Remedy doing a collaboration with an earlier version of themselves, and that frankly sounds like some Alan Wake type shit anyway. It also represents the accretion of knowledge on the part of developers and players alike, a helical structure that informs each other. I replay games where replaying it forms part of the thesis - a roguelike, let's say. And I guess I read books again, because I've changed and that changes the book. Going back to a game, for me at least, tends only to ruin the memory.