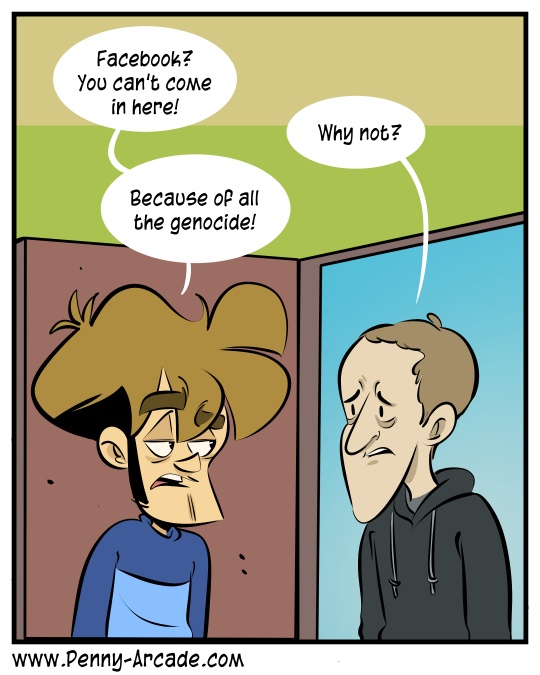 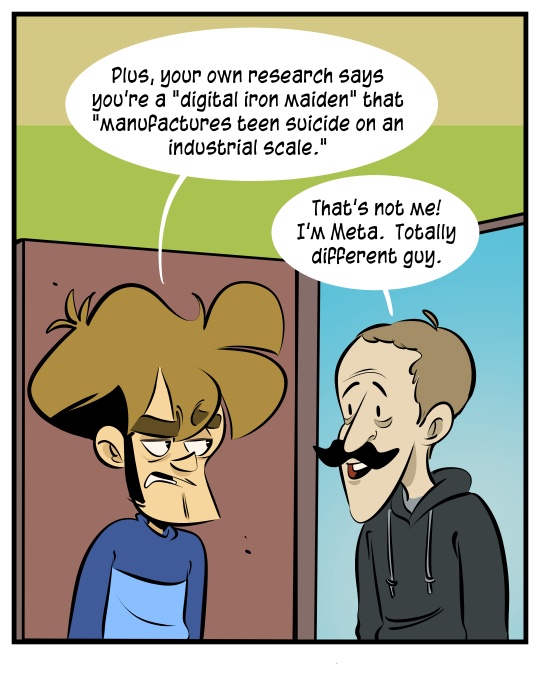 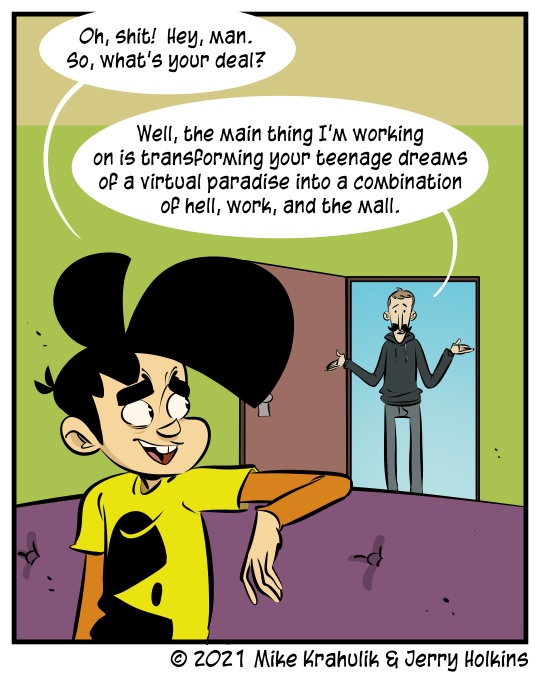 I was in bed the other night watching Mark Zuckerberg get dressed in VR and make some kinda joke about something and I had to pause it. I just had to rest. I had to let my mind rest.

I urge you to look at things like the recently unsealed documents related to a program called "Jedi Blue," which essentially is Facebook and Google colluding to dominate online advertising even more than they were already dominating it. I love the Star Wars ref; big nerd energy in here. Are cartels poggers? I'll ask a tween.

I'm absolutely capable of contributing to the Take Economy on this Meta stuff. But it doesn't matter at all, aside from the fact that it's fun to do I guess. Historically satire has been an ally against the powerful, which is why humor is such a battleground - except that for it to function in any meaningful way, it has to exist in the same world as the target. There's no universe in which my jpeg does anything. It won't keep me from doing it, I've already told you this comic and it's associated text environs are just the symptoms of a disease I have. I did all this stuff for free. But it might as well exist in a parallel dimension to its target, itself a manufacturer of parallel worlds made of curated information. The markets certainly don't care. They love a demon regulators dutifully incubate and feed until it can't be contained, can't be managed, can't be made to comport with a world where others exist. This is called "efficiency."