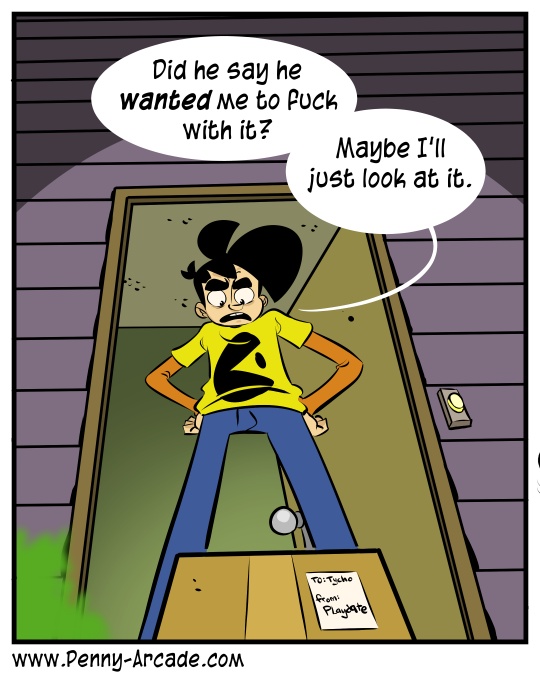 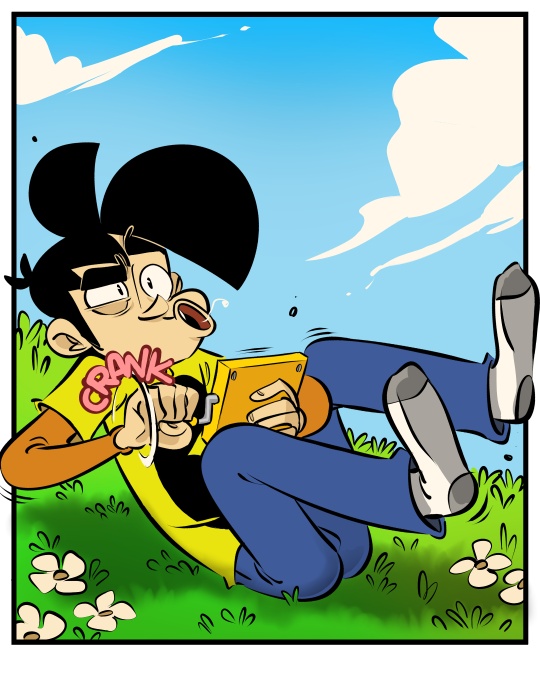 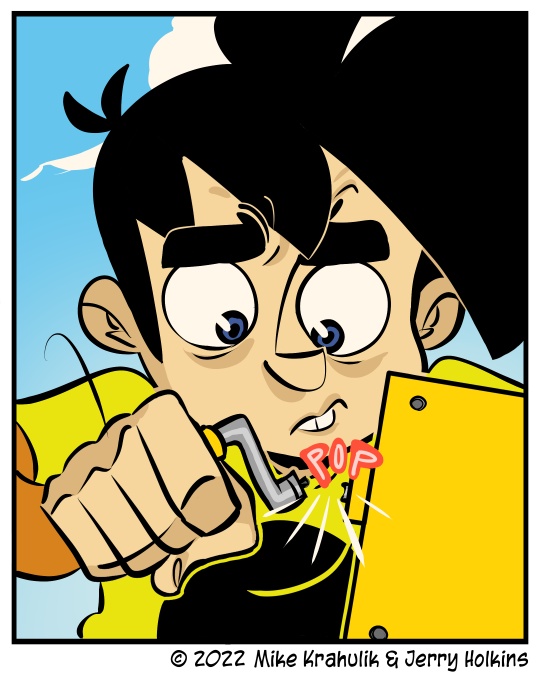 Today's strip relates a crime that is even now in progress. I hope that there's a frightfully specific arm of the constabulary I can call to resolve this quickly - one that specializes in damage done, by your friends, to your most yellow toys. I need pinpoint expertise here to bring this thing to a swift conclusion.

I didn't know that Gabe was testing out the telepresence robots to make sure they were gonna work for kids in the hospitals Child's Play serves. It would have been incredibly surprising! But it totally worked! I talked to a bunch of people who were super happy to find him in his cybernetic guise, and even traded pins right off his gleaming carapace. I do have some misgivings, I feel like it enables a truly dangerous Supervillain turn, but as he said in his own post: this is ultimately about his mental health, the not coming to PAX part. But every picture I see of his face on that thing, he's happier than I've ever seen him. I'm glad he can be here and see the cool show he founded in a way that isn't inimical to his humanity.

Hey, so I gotta head up to the Main Stage for my Q&A with Kris Straub, who is called (exclusively by me) Krasp. Here's what I'm getting up to today, and don't forget tomorrow's Acquisitions Incorporated show, live on twitch.tv/pax at 8pm Eastern!

I think after 44 years I was able to discover my true form. 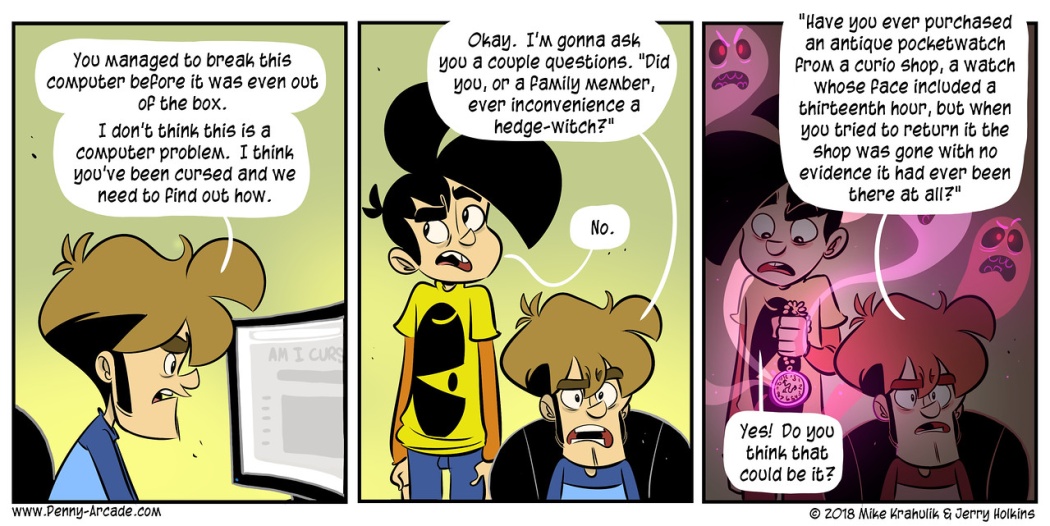