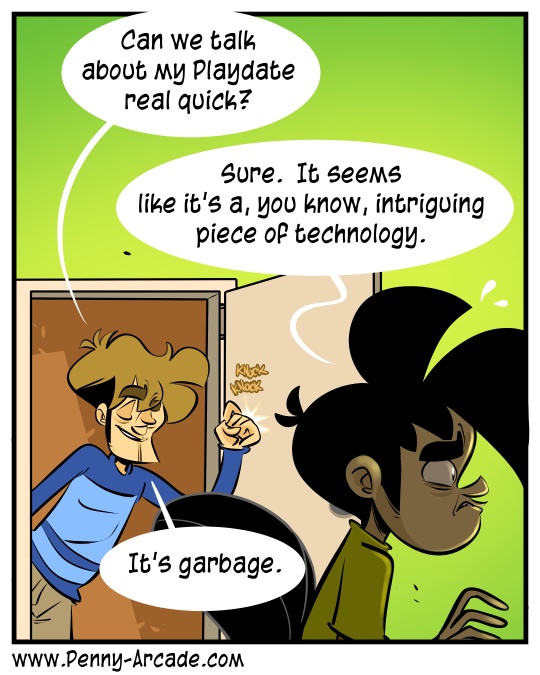 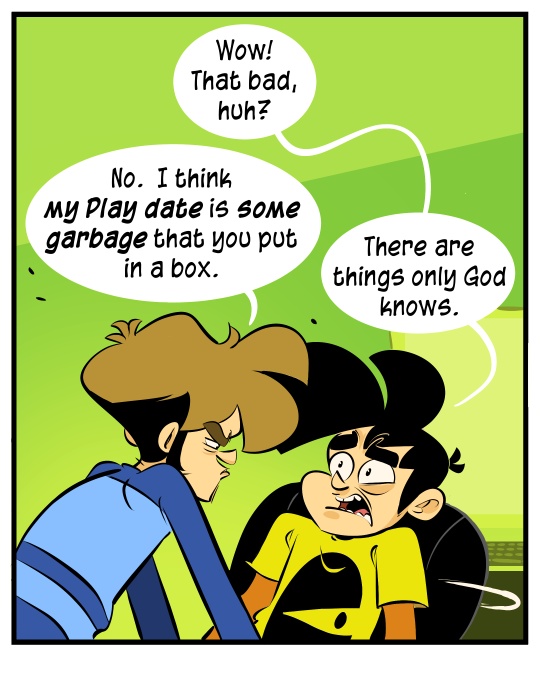 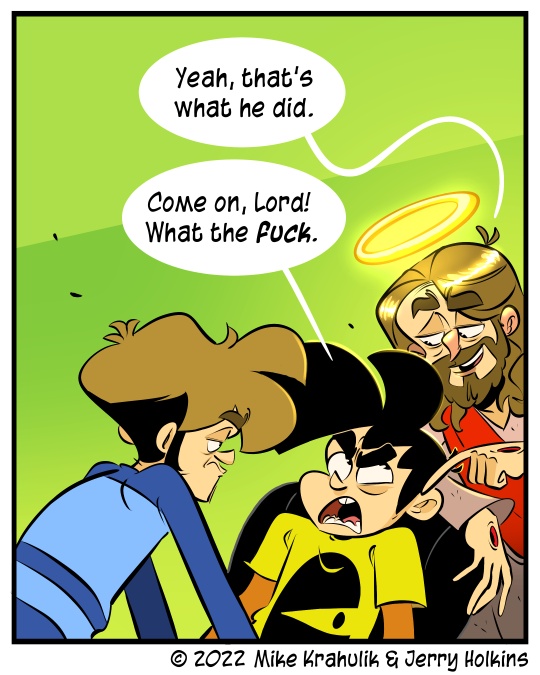 Gabriel wanted very much to resolve the rich narrative tapestry we had woven with our potent Playlate Saga, now fully four strips in length. He had no opportunity to destroy my device eye are elle because that would involve leaving his subterranean bunker, which is something a professional might call a "non-preferred activity."

I only have the product which is called the Playdate, I don't have the holy imprimatur of the Influencer, nor the mantle of the Journalist which would give me access to more than the two games it starts with. Right now, the Playdate is essentially the Idea Of What An Indie Gaming Platform Could Be, and I'm enough up my own ass to be engaged in that way. No small portion of said dream is executed by its design, care of something called Teenage Engineering, who usually make sorcerous instruments but were bound by a spell or something and Panic made them do this instead. It's utterly coherent in every respect. The screen can be hard to see outside of optimal conditions, with its shiny glass and no-light-having screen, but everything else is so robust in its conception I don't think it was an oversight.

I think about that a lot.

I have two games for it. I didn't buy them. Or, I did buy them, but their cost was included in the price of the system. What I'm saying is that I didn't purchase them from some kind of crank-operated online store. Whitewater Wipeout is from Chuhai Labs, who is currently working on Cursed To Golf and who after PAX East I'm probably legitimately friends with so you should weigh the things I say against that, but you surf and do tricks with the fun crank on the side and it gestures at the types of experiences you could have on it. The second one is called Casual Birder and it's an incredibly cute game about teen social dynamics and amateur bird photography. It's fucking weird, in the best way. And that's what I know. In two weeks, two more little games will materialize on the machine and then I will play those also. Over the course of the first Season of content, which is included with the purchase of the device, twenty four such games will arrive in this way.

Is that enough to warrant a purchase? I don't know. I don't think there's any way for me to know. I do think the world is an uglier place when that is our core schema. Obviously, I don't want to be manipulated; I'm not saying we can't be circumspect when someone wants us to exchange money for goods. That's reasonable. I just mean that if our only rubric for partitioning what should exist from what shouldn't doesn't involve accounting for hope or potential, we're going to miss things. I want to live in a world where people are allowed to dream, occasionally. So, I bought their tiny little lemondrop dream lozenge.

Plus, even if you were like, hey, that bird game sounds cool, let me snap up on a couple of these birds, any preorder you made now would ship in 2023. That makes a system and a concept that's already pretty theoretical even more theoretical than it already was.