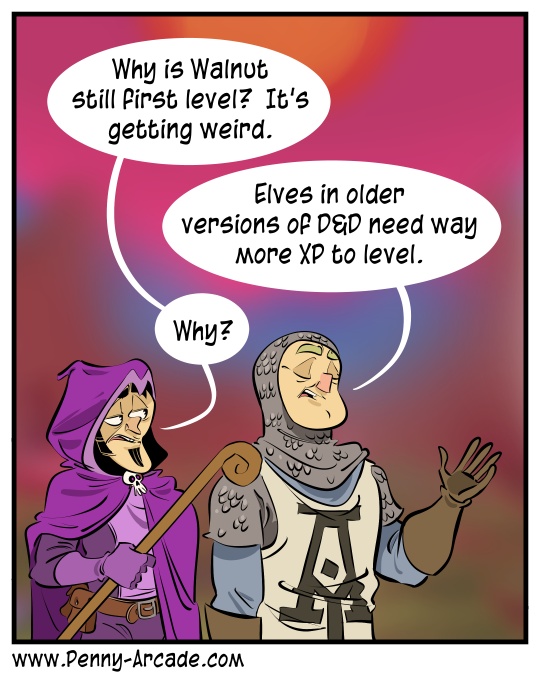 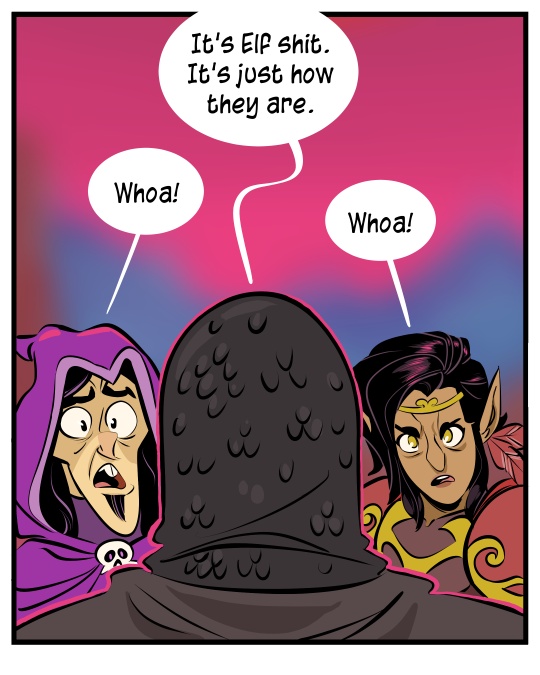 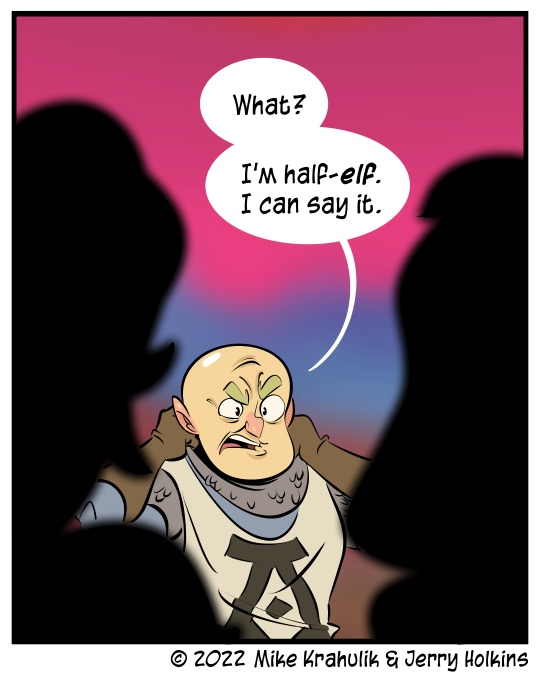 It is fucking weird! I was trying to explain this to Trystan, perhaps better known as Walnut or Prism in this case, yesterday on the phone. I just did a search for "AD&D" on Groogle, to verify a couple things, and the first search result was something called "Accidental Death & Dismemberment," which isn't exactly what I was looking for but is still kinda true and a thing that absolutely happens in this game. This game used maim motherfuckers right and left. Like… Cory Maim. You know what I'm saying?

Depending on the version of D&D, Dwarves, Halflings, and Elves might be classes, which is almost inconceivable today, but they had some really interesting advantages that made progression more expensive to earn. Old D&D modules are essentially long-form puzzles, and somebody who is tough and has spells and can see in the dark and lives a super long time is kinda good, even if they need almost three times the XP as a thief. They did weird shit, also, but as this game crawled out of the primordial muck from Wargame to RPG, some of those asymmetries… I still think about them.

Just in case you missed it, Lexcalibur II now has a date! If you preordered during the holidays, you've probably received a mail about it. And if you preorder now, well, you won't have long to wait:

Adventurers of all ages. mark the date: Lexcalibur II: The Word in the Stone, a book of poetry by @TychoBrahe, with art by @cwgabriel, is coming to https://t.co/jboGKOad87 on June 9th! pic.twitter.com/Tdimt5elGU

As soon as I hit post here, I'll be joining Dabe on what is probably our last Tunic stream. Not because we don't want to play it anymore, or we don't want to hang out on Fridays or something, but because I think we will have utterly licked the plate and gnawed on the bones. We have a couple ideas for new games to play during our customary 10am-2pm Friday stream, they might even come up today.