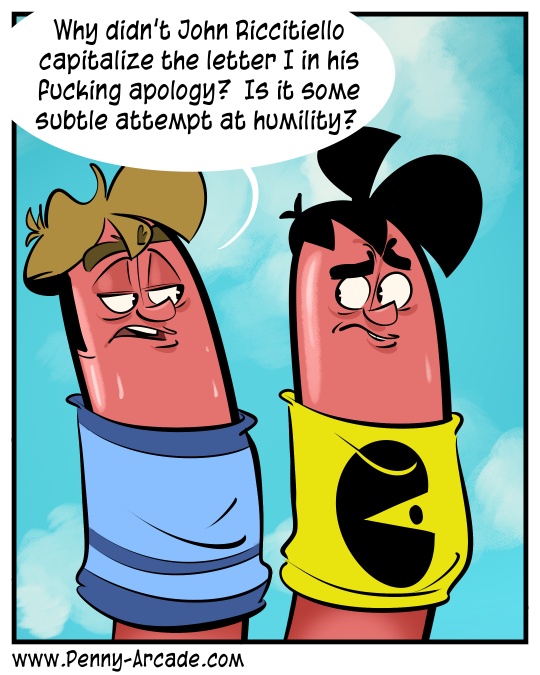 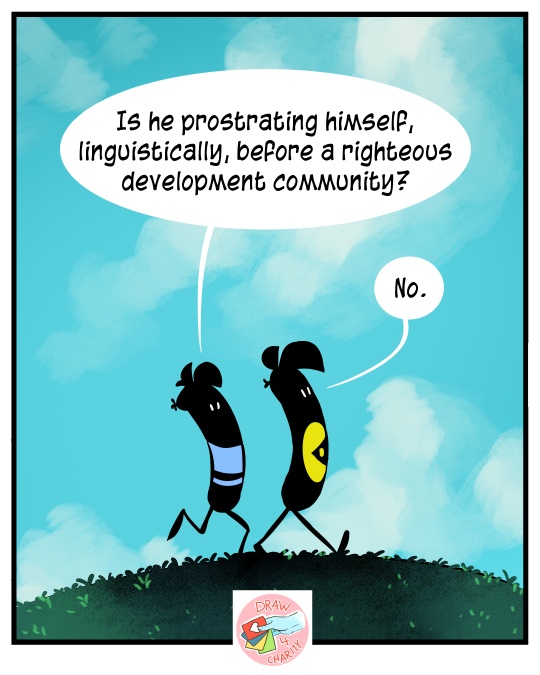 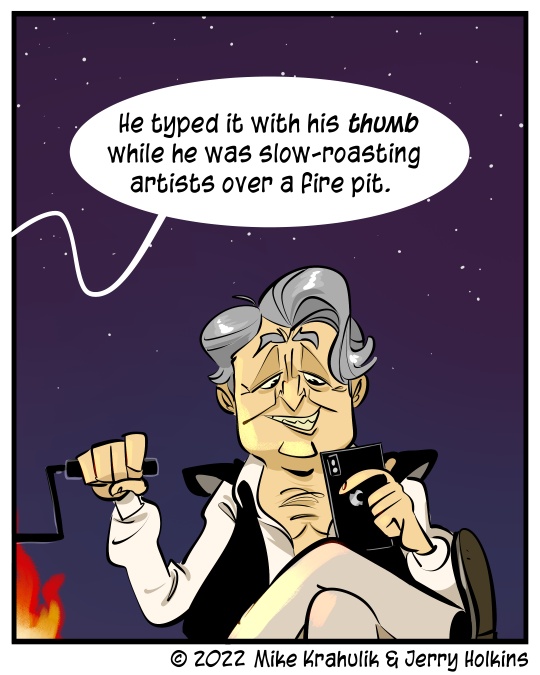 We have had enough experience with a very specific type of person to know when we are seeing that type of person again. Maybe that's unfair, but if I'm overzealous when it comes to protecting myself from domination and abuse it's only because I have some knowledge of it. You'll have to make your peace with it.

Tell me if you've heard this one, seen it materialize in front of you. It's possible to work alongside people who see themselves as the reason things succeed, as opposed to being part of a social mechanism that results in success. They believe this because their part of the task is to attach "value" to the work of others, and it's literally the only part of the process they can conceive of. Imagine that they have a truncated selection of rods or cones or whatever and they only see certain colors. Because they do not understand, cannot understand, and also refuse to understand it because to do so would reorder their conception of the universe, there is a point in this process where you see what they really think of you: as less than nothing, like the mere handle of a tool which the functional part has fallen off of. Artists, even Engineers -"The Talent" - are like wicked imps or demons that must constantly be circumscribed.

Their contribution is zero.

John Riccitello resigned from EA because the company performed poorly. I can't even imagine the psychological wound; how it must stalk him as he moves through the world. But being wounded doesn't mean you get to visit those wounds on others. He's trying to do… something at Unity, with Unity, preening for acquisition, God knows what. A lot of people use the tools his company makes to communicate, in a variety of ways. Some people are just learning to. Some people are working on a thing that is about to become a "product" they couldn't even have imagined in the beginning. The person at the top needs a robust conception of that; a working mental model, at the very least, of the people he works for.