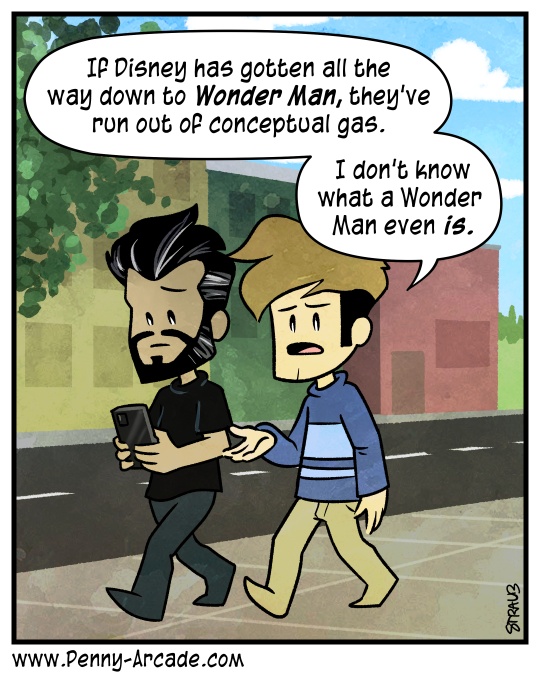 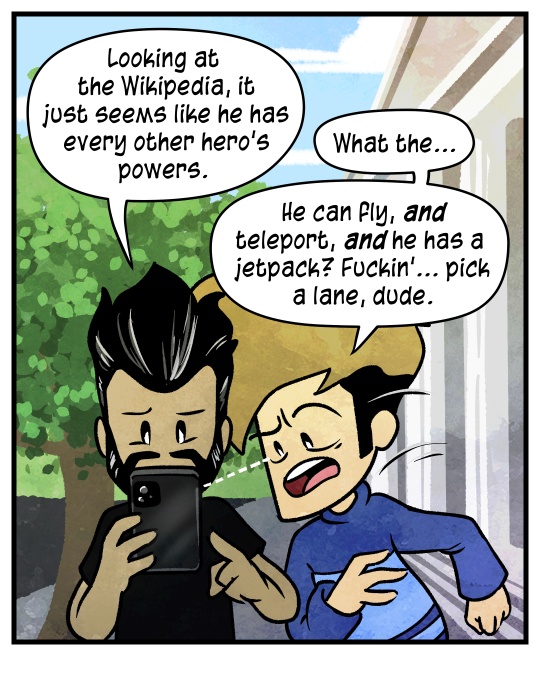 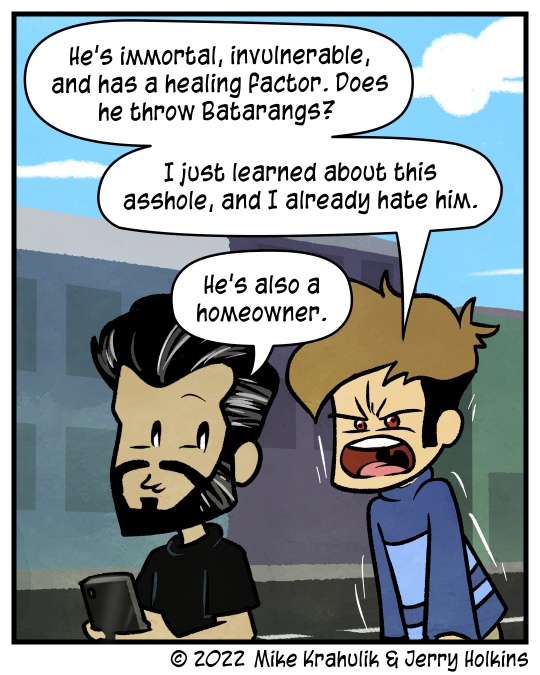 Kris "Krasp" Straub is back at the tiller again, for another peek into a dimension where Penny Arcade consists of two Tychos. No way in Hell is Mike letting me get away with a punchline like that. Ain't fuckin' happening.

The first variant of the strip was about the fact that I don't actually know what a D23 is. Kris was able to offer laser-cut clarity on the issue: D23 is either a convention, a place, or - potentially - a man. This lathed off considerable chunks of possibility, but left just enough potential to keep things fresh and fun.

I guess I don't 100% know what's going on over there. Once you go as hard as they are going on the multiverse stuff (anything can happen, will happen, is happening) and Secret Invasion (anyone can be anyone else) we are getting very close to the point where I read what happens on Wikipedia. Ryan tells me that Wonder Man is rad actually, but he was raised by comics and pop culture in lieu of loving parents. Can he be trusted? Maybe he thinks Wonder Man is his real dad or something; criticizing him in any way would be giving in to a twisted Oedipal gravity. Under these conditions, mom sex can't be far behind.

I guess they have mutants now or something. I would let them be their own thing for a little while. Everything being connected was a powerful motivator when there was less of it, but now these IP excursions have the same problem as the comics they're based on did, at least for me. Sometimes they can interrogate the setting in a D+ show, but these vary so widely from show to show and from episode to episode that they can't really ask this of me with a straight face. Knowing everything I'm supposed to know so that their shit coheres, just to have the privilege of consuming their other content, is starting to feel very much like a job.