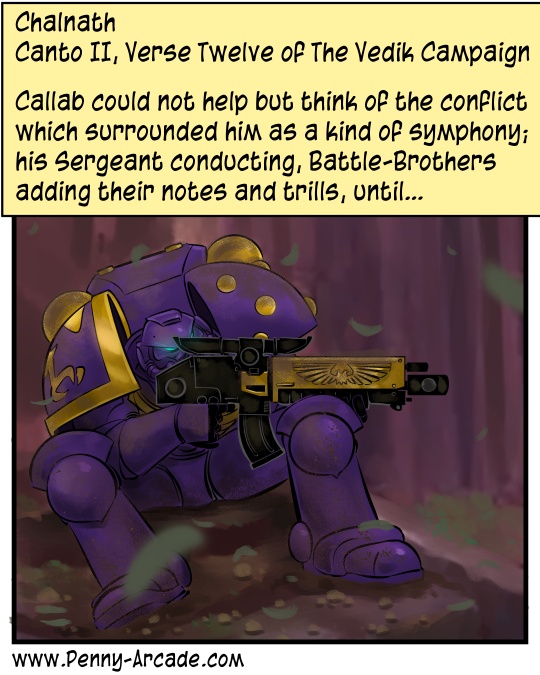 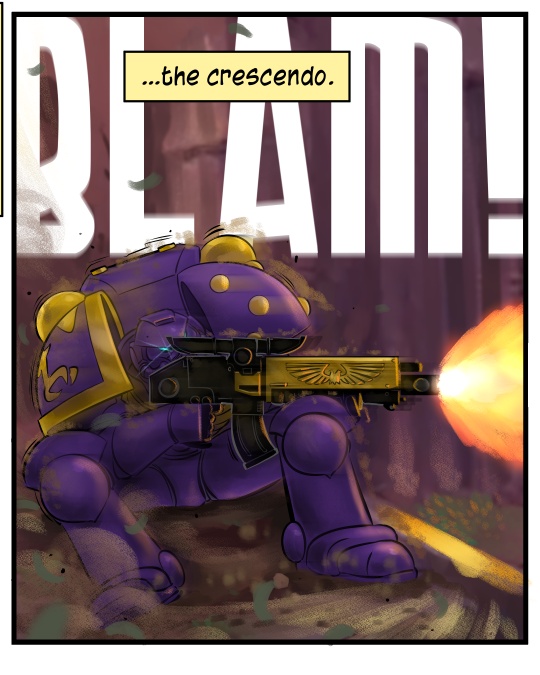 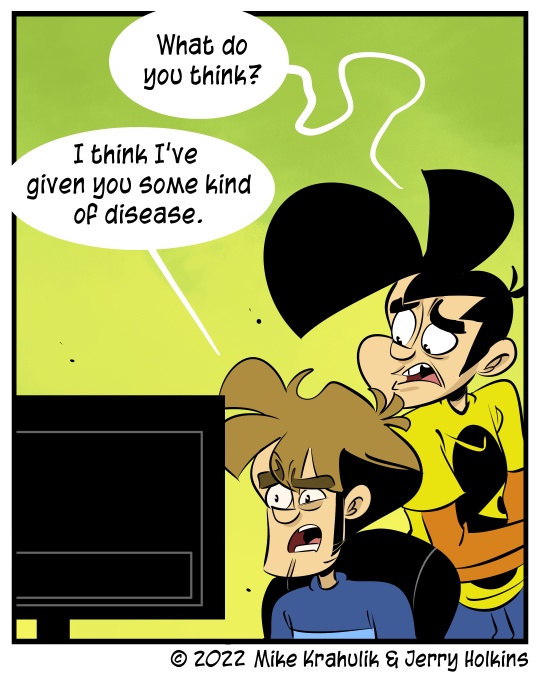 Man, I thought I was gonna be able to procrastinate even more than I already was - having invested the morning in a Marvel Snap strim, I was like "why not start Gotham Knights?!?" but it has now downloaded and patched itself twice in a row and that's just what it feels like doing now I guess. Fair enough! I'll do my job.

Comic-Me is almost certainly right here - and what's worse, these 40k worms have run wild in the home. Only Kara has been safe thus far, but if they ever make a tactics game where you can play as The Little Mermaid all bets are off. He's out here writing fan fiction and shit. The last time he was this fucked up was Destiny, probably. I can only imagine he's posting somewhere using a pseudonym, i.e., a false nym. It would take too much time to explain why what he's done here with this color scheme and his headcanon background is so dorky, just know that it's fucked. It's the kind of stuff that gets you nominated for Dorkmaster General.

The first of our two sponsored Warhammer Underworlds streamed games just went up, and though I did a few things wrong - it goes MUCH better for me in the next one - the game is just a blast. As I've said, it's a boardgame with credible wargame chops, or vice versa. We're playing the current "season" of the game, called Warhammer Underworlds: Gnarlwood. The (thoroughly pre-orderable) box has everything two people need to play - the Models are Push Fit, no glue necessary in my experience, and painting them is probably not necessary but it adds a lot. The stream may show this in supreme detail:

It's a venerable game by this point, with lots of little three to seven model armies you can paint, play, and, yes - even love.

Dude that is one big link