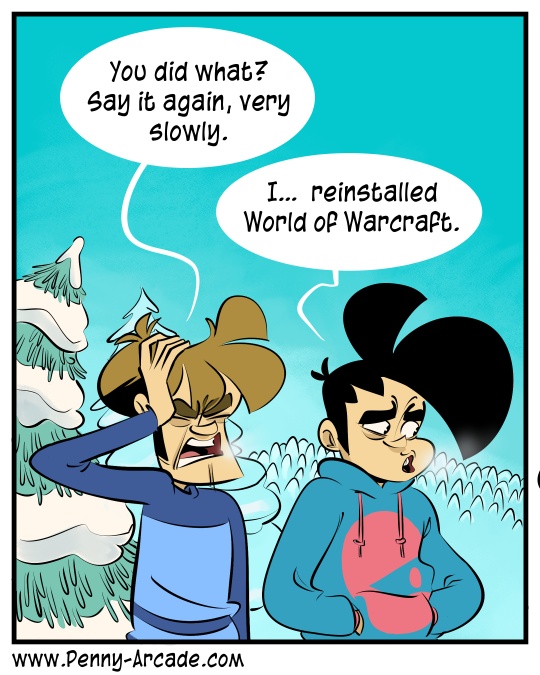 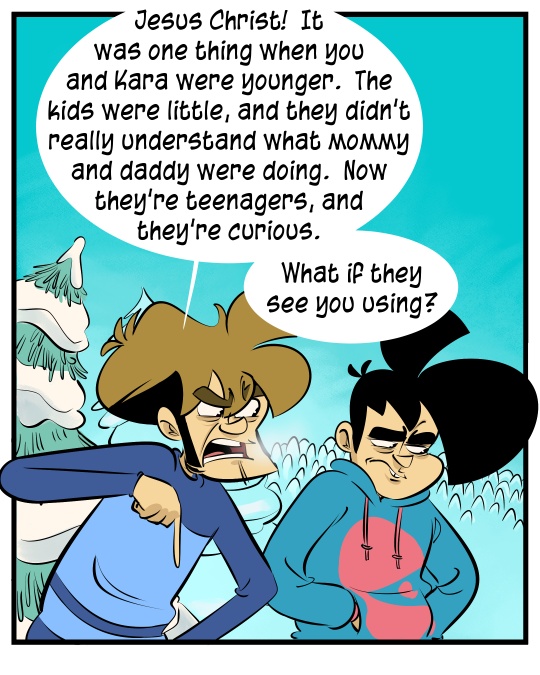 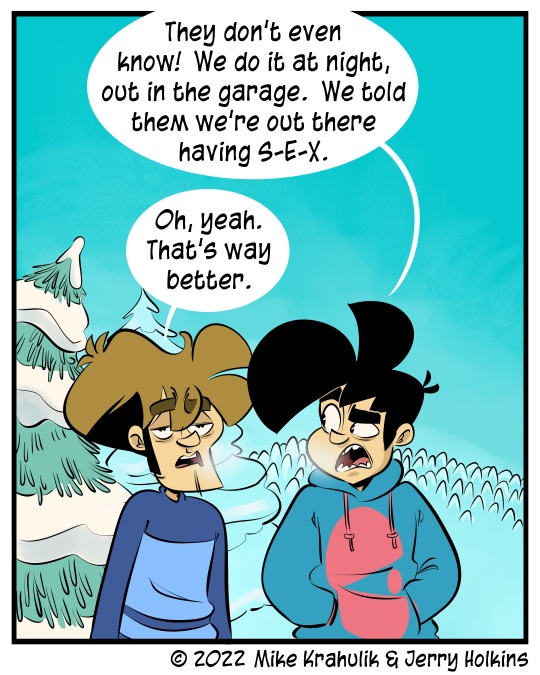 Overwatch 2 has been a bust in the Krahulik house. This is a game they've played as a family since the kids were little, no joke, and Blizzard has goosed it in some way that's ruined it for them. But, like a mythical predator, it's only goaded them into one of its other mouths - one that is arguably deeper and more ridged with wicked teeth than the other one.

So, with eleven hours of Midnight Suns under my belt, I have found the videogame portion of the videogame. I had to do a couple things first: in a fun, retro throwback, I had to run the executable directly from the folder and not via the 2K Launcher it has set up by default. The effects of this thing are… I mean, they're inexplicable. It's not required to run the game, so what in the fuck is it doing? 2K made this team look like assholes. Most of the crashing is gone, the freezing only occurs at a very specific point when you're starting a mission now, and you can save the game without it acting like you've asked it for an organ. That, the new drivers, plus deactivating DLSS has made it possible to play.

The tone issues are still here, and the writing is sort of all over the place - Tony Stark is exactly who you expect him to be from a Marvel Perspective, but maybe they realized that Doctor Strange in the MCU is just Magic Iron Man With Cape, so they've given us a studious weirdo professor in his place. I don't mind, it's fine, but it contributes to the grab bag delirium of the game's narrative execution. Whose dialogue you can skip sometimes, but not all the time! Sometimes you can skip it line by line, and sometimes you can only skip the whole scene. I don't know if those are just their favorite scenes, or what.

I don't really care about that stuff anymore. It was incredibly annoying at first, because I didn't want it, but it also crashed and stole my time. Now, it's like… If the question is "do u want to date blade" then no. If the question is "do you want to deal a hundred and eighteen damage to a single target for four heroism" then the answer is yes, and I'll skip text. That said, I can completely understand by Blade might want to date me, because I'm at the edge of the pool fully twinked out with my tiny shorts and my literal eldrtich kink collar.

Some of these hangs are kind of goofy, because you invite Earth's mightiest heroes or their junior auxiliary out to go birdwatching, except you are the only one that has a camera to watch the birds, and they are just there talking about something else. Or you have a fishing rod, and they're just watching you fish. This is weird shit.

Now that it's possible to play the game I thought I was buying, that stuff is whatever. I can't believe the shit I get to do in here. The way the characters each inflect the system is… I mean, they're selling the heroic fantasy. Again, I play a lot of skirmish games, and I love ones that model environmental interactions, and this does that better than anything I've ever seen. Ghost Rider can make a literal Hell portal - he can create a specific type of terrain that enemies have a chance of just straight up being murdered in. In what must be the equivalent of a Magic: The Gathering joke, Doctor Strange has base cards whose effects get jacked if you have more "mana." When Iron Man redraws a card, it's not like when somebody else does it: the same card comes back, upgraded. Magik can make free portals, and when she uses Knockback attacks enemies go through the portal instead - toward whatever bullshit you told the portal to send them to. The game is uneven, for sure, in ways that seem bizarre - compare Iron Man's visuals to Wolverine. I wish they'd had more faith that their genius, revolutionary tactics experience would carry the product, but hey. I got there eventually.