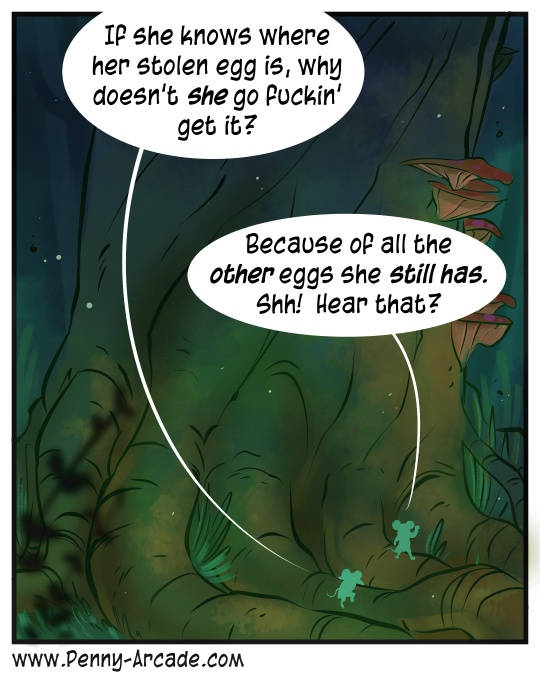 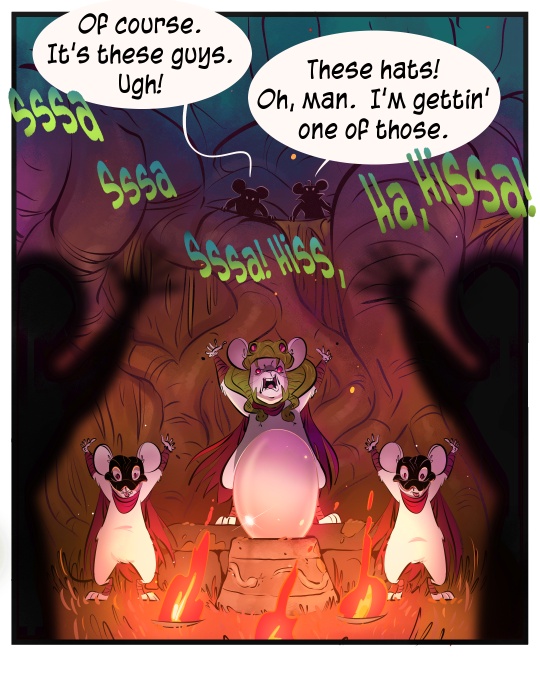 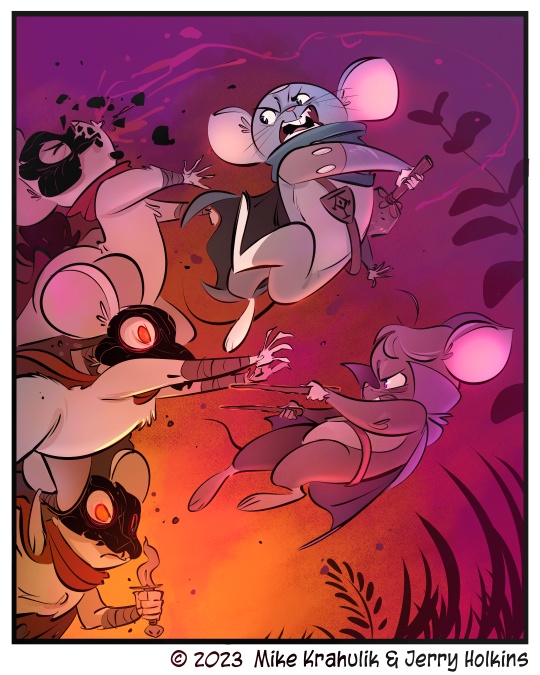 Okay. I think - think - there's two more. Then we'll be all done! Gorkamorka is having a lot of fun and making cool shit but he also gets very nervous when we exceed our remit, which is to do what we ordinarily do. I think he's nervous that we will overstay our welcome with these rodentine antics, and I understand the inclination, but I think we might have done that around, oh, 1999. He did put up a more tender, more juicy panel on the Tweeter if you were looking to increase the size of your .jpeg:

Thank you for all the kind words about the art recently I really appreciate it! I’ve been having a lot of fun and really trying to push myself with this series. For those asking for a large version of panel 3, here you go: pic.twitter.com/uWeCMtRaET

It's only partially a post quarantine thing, but if I can play a game with another person I'm probably going to do that instead of something solo. So, for me, there's a lot of stuff from Arkane that I eventually wash out on. It's not a hundred percent: obviously I have a soft spot for sprawling PC RPGs, I like me a stealth game, that kind of shit. But Arkane builds really interesting places full of ideas and I don't want to be the only one in them.

If someone else had made Deathloop, I would have bounced off it immediately - but it had enough amazing art, music, and writing to ensnare me. I was always delighted when somebody invaded me in that game because then I was kinda getting what I wanted. The first time I saw Redfall, I didn't know what they were doing exactly and I thought it was gonna be more of this fucking Left 4 Dead fanfiction that keeps coming out. But no - I think this might actually be what I wanted from them before!

If this game can do quiet and loud, with asymmetric skill trees, multiplayer, and credible stealth, then I'm all the way in.