It still looks like a Webby might be in our future. We are the leading write in for a few different categories. Humor, Games and Netart are the ones I think we probably fit into the best. Voting continues into next month so hopefully we can maintain our lead in those categories.

Lot’s of people are asking about the online Penny Arcade store I promised a while ago. It turns out an online store is really fucking hard to build. Our man Kiko of Gameskins fame is on it though and I think we are getting close. I just sent him all the artwork for the shirts and posters and stuff that he needs. It shouldn’t be much longer now.

After mentioning Pocket Fighter it reminded me that Tycho used to kick my ass at that game on a regular basis. This was odd because 2D fighters were always my thing. Then I remembered that he was also really good at Marvel Super Heroes. I realized that both games require you to pick up gems in order to do super moves and stuff. So then I thought that maybe his skills were somehow gem related. However his poor showings at Super Puzzle Fighter sort of ruin that theory. So why was he good at those two fighting games? The world may never know. 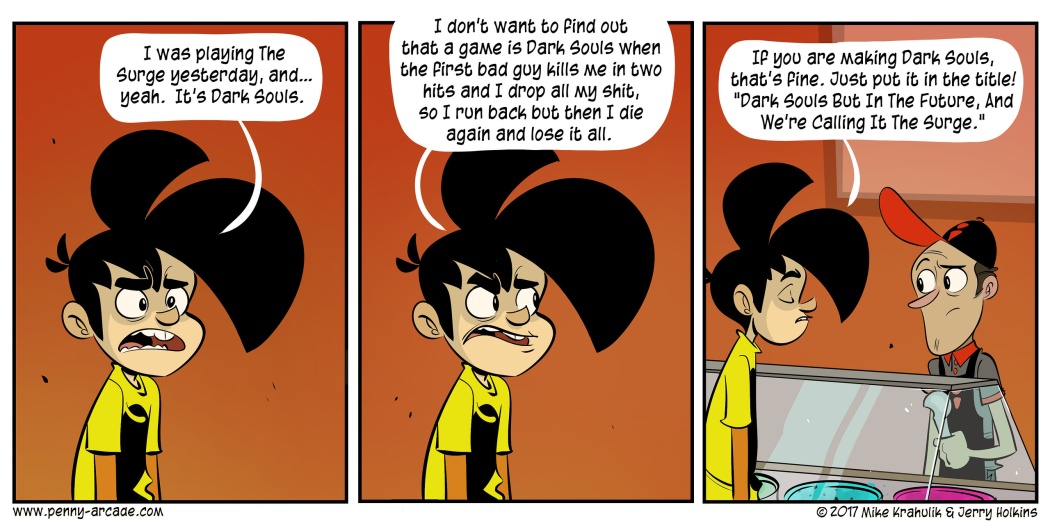