You can be knocked down in Star Wars Galaxies without necessarily being out, as shown in today's strip. Gabe was often waylaid halfway to some Godforsaken Tatooine shithole he had a mission at, waylaid by some kind of massive troll that would hit him until he fell down, and then once he groggily regained consciousness they would bop him like a field mouse in what I'm sure is a highly enjoyable game for Trolls.

In a strip entitled "Occupational Hazard," we discussed the difficulties of maintaining exclusive magazine content in the digital age, or something. The guy pictured in the strip isn't just some imaginary entity, though - that's actually the editor of the official Xbox magazine. I subscribed to it back when they had a really good Christmas issue, and since then the magazine has been so-so, but they made up for it this month. Made up for it a thousand times over.

For one thing, it's got five or six pages just on the new Splinter Cell, which made me swoon. I hadn't heard half of this stuff, and the fact that they were able to keep it out of enemy hands - by which I mean, my hands - is pretty astounding. They also have a bunch of stuff about the Xbox version of CounterStrike, which I had sworn to oppose as unnecessary but now I'm not sure. It also has other things. The crown jewel, though? A playable demo of Gladius.

It's possible that I'm the only person who cares about this game, I rarely read writing with any vigor about it. Though it graces the Xbox magazine's coverdisc, the game will actually see release on all consoles simultaneously, I think they're looking at mid to late August. Essentially, the game is an answered prayer. We're talking about a turn-based gladiatorial combat game, where powerful attacks involve small minigames to determine their effectiveness and different regions have different rules and talent to recruit. I hardly know how to react when a company siphons out my most wonderful dreams and makes them flesh. This demo ain't bad, either - it needs some work, as they establish before it starts up. There are sounds and animations that are clearly not going to be in the retail release. But it's rare that a turn-based game receives this kind of affection in the graphics department, and just seeing what I have already makes me believe that - like R. Kelly - I am capable of flight.

Hey, I need to drive over to the gaming day at Lanwerx. Maybe I'll see you? 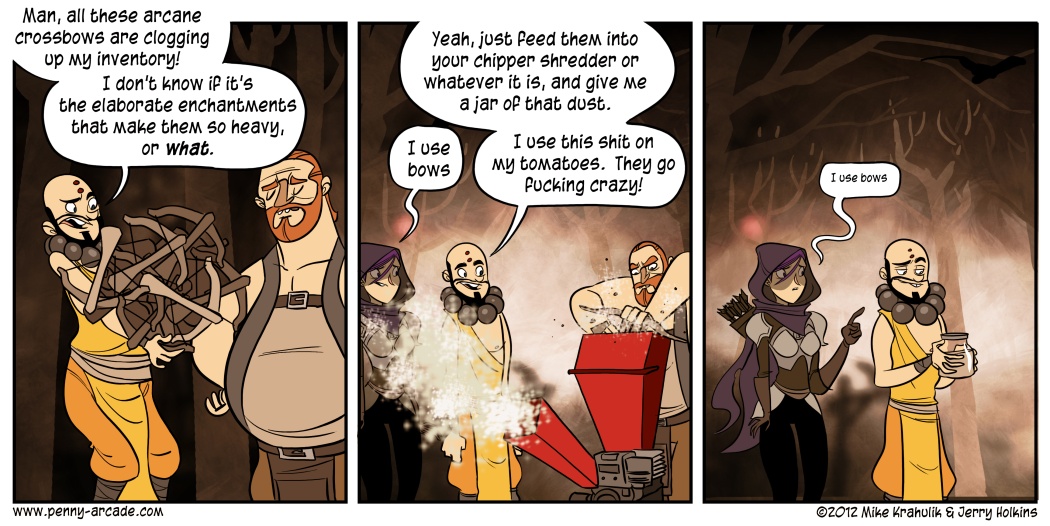