Necrophilia? Maybe that's going too far? I'm actually being quite charitable. Kevin Anderson has a body of work that exists outside Dune which I've heard is pretty good. Brian Herbert has a famous dad. Together, they have conspired on a book that descends below the rankest Small Wonder fan fiction, diluting the Dune Universe down to one or two parts per million. The book itself is condescending garbage, and while it holds forth the shape and form of genuine Dune books that structure is animated with the broad, explicit motions of a puppet show. It's clear that they read the original books, by which I mean plundered - raiding them, as tombs are raided. 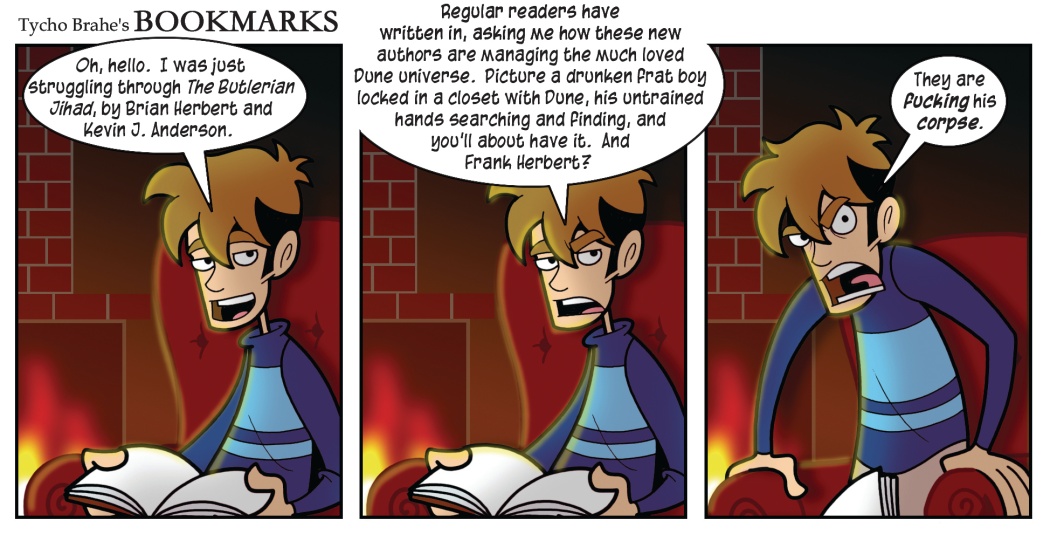 I have a sort of ridiculous announcement to make.

I'm leaving town today, in a couple hours actually, to go down to Los Angeles. It is my understanding that there are people on the development team of NBA Ballers who wanted us to come down for their release party. We have a considerable affection for... I'm not sure what he genre is called, exactly. Urban is just a code word. Hip-Hop Basketball games? I'm not sure. At any rate, we had a marked NBA Street 2 phase, where we would pass the right kind of rock and otherwise manipulate a lexicon we have only a passing familiarity with. We aren't indifferent to that type of game. Also, I'm sort of honored that they would want me there. But you need to understand that the gravity in my apartment is almost ten times that of the surrounding area. It's pronounced. So there had to be something else to get me down there, some accoutrement, like the first phase of a space rocket. Here it is:

They are going to thug me out.

That's right. There will be a dresser on-hand, apparently, to adorn humans with jerseys and bling and what have you. And Gabe just got back from Spokane, he's not going anywhere. I can't describe how far outside my comfort zone the situation is - but I have a hunger for uncomfortable situations. Like stories about Cowboy Killers or Bible Camp, I hope that my discomfort will provide you with much amusement. Also, with John Romero recently becoming a part of the Midway Family, there is a chance I might see him there. Rowrr.

I had a chance to listen to the tape of Gabe's interview with his granddad, and it's already harrowing. They touch on the new Vietnam games very briefly, and without going into much detail he wasn't crazy about the idea. My stepdad was in Vietnam, as I would imagine many dads were - step or otherwise. If he'll talk to me, and I wouldn't blame him if he didn't, but if he did, I'll ask him what it's like to have someone make a toy out of your best friend dying in a jungle.

i don't have to deceive you