Fans of the New Jedi Order series are now tearfully traversing the pages of the final volume - weighing in at nineteen linked novels by a handful of different authors, it's easily the most elaborate undertaking in what is called The Expanded Universe. It's not really my thing. Maybe Gabe can come by later and tell us about the graceful Chungo blade-dance. I'm riveted. 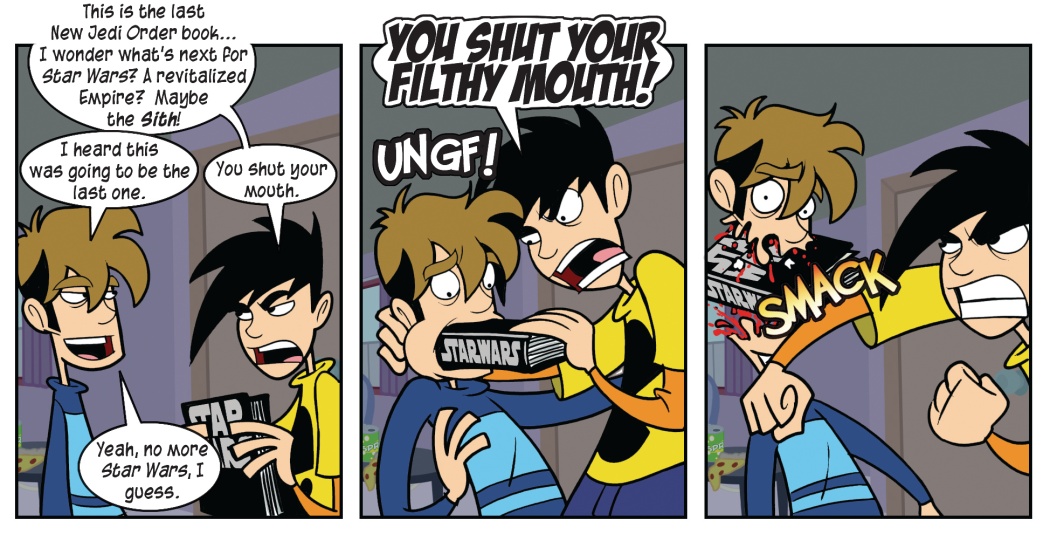 It's a little late, but I've been playing Gladius and I wanted to detail that experience. I think they did a pretty good job.

You're only supposed to make tactical strategy games if you're from Asia, I don't know if they just didn't get the memo or what. Similar to Mario and Luigi for the GBA (as well as earlier Mario RPGs), there is a timing element to each attack - these elements can also become fairly elaborate, as increasingly dangerous combos begin to require a series of inputs with near-origami levels of complexity. Gladius is satisfying in the way that other games of this type are, i.e., you arrange your forces harmoniously and reap great rewards. Who doesn't like harmony. In terms of complexity, well... It's not. I'm used to playing games like Dynasty Tactics where I'll take an hour to plan a single devastating move that will cleave enemy forces in twain. A game like Final Fantasy Tactics: Advance derives its complexity purely from character management. Gladius has a hefty selection of classes, to be sure, but you certainly aren't switching between them - you choose how they progress, but you can see the menu of that progression right up front. In a way, I find this sort of transparency refreshing. I sometimes feel like Japan is punishing me for something when I play their games. On the other hand, there's a level of mystery and ambiguity that simply doesn't exist in Gladius. I'm of the opinion that the gameplay itself - with your franchise-esque gladiator management, your local and global challenges, diverse regions, and arcade elements - holds up very well. If I change my mind, I'll tell you - but I'm sixteen hours in and I still feel pretty good.

Shit, while we're being late, Republic: The Revolution is a brilliant game with a deeply flawed execution. If you have the patience to endure some of their interface decisions, and let me tell you that I did not, you will find yourself in front of an extremely elaborate board game - a sort of political Risk - that really has no analogue anywhere in the world of gaming.

To make a long story short, don't go to Fry's unless you want to spend like five hundred dollars you don't actually have.

My new friend Ian Johnston had an anecdote for me the moment I announced my sojourn to that mystic land, claiming that, yes, they have a lot of different shit there - in fact, they have everything but the thing you would most like. Man, I wish. I wish that's how it worked out. I was in the car with a gig of RAM and the fixings for a Serial ATA RAID, it was like some new holiday where you buy yourself presents. I wish I could say it was the strength of my will that kept me from buying an Athlon FX-51, but I think I actually blacked out.

we still dance on whirling stages